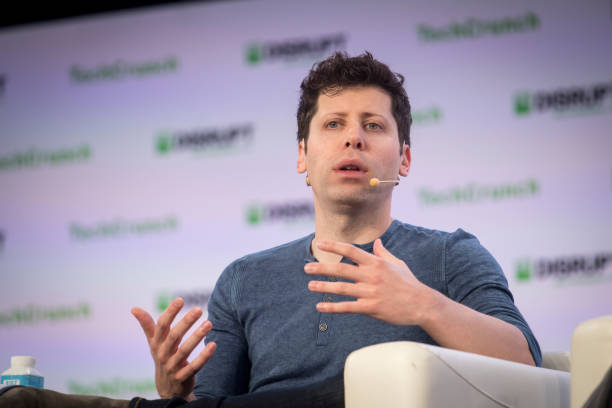 The American Programmer and Entrepreneur Sam Altman is here with an all-new startup that will provide a unique cryptocurrency to each person across the globe. Still, in exchange for it, it is important to get your iris scanned.

The Former President of Y Combinator and CEO of OpenAL, Sam Altman, is among the three co-founders of Worldcoin. There are many parts of the plan around the worldcoin, but one of them is a uniquely designed device that is orb-shaped and scans the iris of a person to build a unique personal identifier.

Worldcoin is supported by the venture capital branch of Coinbase Global, and being a startup, it recently raised a fund of about $25 million from the investors for this project. When asked Altman about where the idea came from, he answered that the idea clicked his mind in late 2019, and the main goal behind the execution was to utilize crypto to equally spread the money. In addition, the idea was inspired by the economic theory known as the Universal Basic Income.

“I’ve been very interested in things like universal ba­sic income and what’s going to happen to global wealth re­d­i­stribution and how we can do that better,” “Is there a way we can use techn­o­logy to do that at a global scale?”, Said Altman.

Worldcoin will be a revolutionary global virtual currency that will definitely bring a new trend to the crypto industry. Worldcoin is on its way to its official launch, but it is expected that with the introduction of Worldcoin, soon the cryptocurrency will reach maximum hands.

Altman has been the youngest founder of a middling social networking platform known as Loopt; he builds it when he was 19 years old. The American Entrepreneur also became a startup kingmaker at the popularly seen money startup accelerator called Y Combinator. Currently, Sam Altman running his research company OpenAL which was launched with the Tesla CEO, Elon Musk, in 2015.

Worldcoin is one such global virtual currency, which will promise a share to each and every person globally, and hence the entire crypto industry is curious for the formal unveiling of the currency. Also, the iris-scanning part of worldcoin makes it more secure by preventing the user from registering multiple times and defrauding the system.