The Pixel 5a overheats while recording video 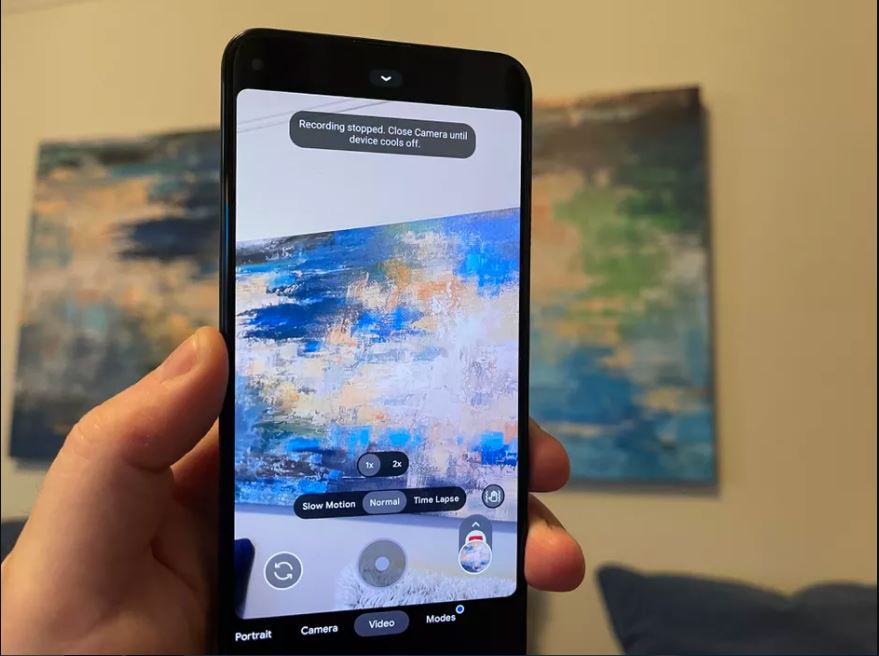 The Google Pixel 5a is the latest smartphone in the Pixel line from Google. The phone is a follow-up to the Pixel 4a, which was released last year with improved specs but a somewhat higher price tag due to its processor.

With a Qualcomm Snapdragon 765G SoC, 6GB of RAM, and 128GB of internal storage, the tablet is reasonably powerful. Despite its impressive hardware, the phone is incapable of recording 4K video.

It’s understandable that recording video in 4K at 60 frames per second is time-consuming, but you’d assume that your phone could manage it without overheating. Unfortunately, reports indicate that the brand-new Pixel 5a gets too hot while recording video and prompts you to close the camera until temperatures cool down.

Tech reviewer TechOdyssey (@AdamJMatlock) complained on Twitter that his Pixel 5a overheated in just a few minutes when shooting video at the highest settings, before flashing the following notification at the top of the screen: “Device is too hot. Close Camera until device cools off.”

Yup. Tested it myself on my Pixel 5a, 70 degrees inside in the A/C and on 4K @ 60 FPS it just takes a matter of minutes to overheat. This is terrible… pic.twitter.com/Pde8GcL6KU

That was supposedly at a not-quite-sweltering 70°F inside with the air conditioning on, which is a little disappointing. Another Twitter user (@LadyRedsTekRvw) confirmed that their 5a did the same thing after approximately 2 minutes of recording at 4K 60fps, but more concerningly, TechOdyssey claims that it’s happening to him at 4K fps30 and 1080P 30fps, as well. We can only hope that these individuals have defective units, as Ryne found no difficulties with the Pixel 5a during his review.

He also mentions that he has the same problem with 4K fps30 and 1080P 30fps. Another Twitter user, @LadyRedsTekRvw, claimed that after around 2 minutes of recording at 4K 60fps, their Pixel 5a performed the same thing.

According to Android Police, the Pixel 5a isn’t the only recent Google smartphone to have this problem; other users are claiming that the Pixel 5 has the same problem. Google has yet to recognise the problem, and it is unclear whether or not the corporation intends to remedy it.

The Google Pixel 5a has a 6.34-inch OLED display with FHD+ resolution and a refresh rate of 60Hz. On the back, it has a dual-camera arrangement with a 12.2-megapixel main camera and a 16-megapixel ultrawide rear camera. An 8-megapixel front camera is hidden behind a punch-hole cutout for selfies.

The smartphone runs on Android 11 and comes with a three-year warranty on OS upgrades and security patches. It comes with an 18W charger and is powered by a 4,680mAh battery. It’s likely to be the last Pixel smartphone to include a power charger in the retail packaging.