After its creators cashed out, a digital currency based on the hit Netflix series Squid Game crypto is trading at $0, essentially taking $2.1 million from investors.

According to CoinMarketCap, the coin, suitably named SQUID, reached a high of $2,861 before plummeting to $0 on Monday. The trick is known as a “rug pull,” according to Gizmodo. This means that the crypto’s creators pay out their coins in return for real money, causing the crypto’s value to rapidly depreciate. 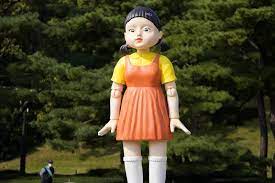 According to CoinMarketCap, the crypto’s market cap was just over $2 million before the rug was pulled. SQUID was promoted as a token that could be used in a new online game based on a deadly children’s game tournament and inspired by a popular Korean language series. Gizmodo identified a number of red flags, including its (now-defunct) website’s abundance of spelling problems. Another red flag: SQUID is available for purchase but not for sale.

SQUID was also labeled as a scam by CoinMarketCap, which advised potential investors to “exercise extreme caution” if they purchased the cryptocurrency.

“Squid Game,” a dystopian fictitious drama, has risen to the top of Netflix’s global ratings. Since its premiere in September, the series has been viewed by 111 million accounts, according to the business, making it the company’s “biggest-ever” series launch.

The Squid fraud, according to Ruud Feltkamp, CEO of cloud-based automated crypto trading bot Cryptohopper, is “typical of the present bubble in which crypto is located,” in which people “no longer think and take their opportunities with a lot of risks.”

Scammers take advantage of this, according to Feltkamp. “The logic isn’t completely insane. Why not this, if a meme token might be worth billions? Most tokens will lose value at the end of this cycle, which is projected in early January, and only a tiny number of projects will remain. These will next be required to demonstrate their worth. So keep a close eye on your investments and DYOR (Do Your Own Research).”

The Squid Game rug pull, according to Martha Reyes, head of research at BEQUANT, a digital asset primary brokerage and exchange, was “extremely terrible,” she tells GOBankingRates.

“The returns were amazing, even by crypto standards, soaring 7,500 percent in a couple of hours. If anything sounds too good to be true, it probably is,” Reyes says of any investment.

The show has been cited by executives as proof that the company’s growing slate of international content can appeal to a wide range of people.

Netflix (NFLX) informed CNN Business last week that the cryptocurrency was unrelated to it and declined to speak further.CNN Business contacted the SQUID project’s developers using the contact information posted on its website but did not receive a response right away.

Also read: Man lost $8 million by trading his Dogecoin one day too early