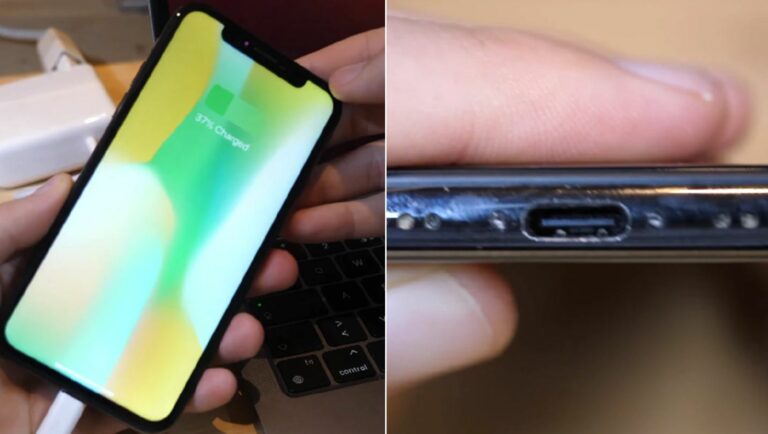 Ken Pillonel, a robotics engineering student, stunned the internet last month with a bizarre hack that managed to insert a working USB-C connection into an iPhone X for a fully functional USB-C iPhone. Pillonel has now uploaded a much more extensive video detailing how he managed to pull off the hack, as well as a Github repository with technical data, CNC instructions, and information on the custom PCB that he made for anybody daring enough to attempt a similar hack.

The 13-minute video delves into the specifics of Pillonel’s tweak, which is straightforward in theory: daisy-chaining a Lightning to USB-C connection to simulate a full USB-C port. The video depicts almost the whole development process.

Going from proof of concept prototypes to reverse-engineering the Lightning connector (and later, reverse engineering a fake Lightning connector), obtaining a special flexible circular board, and cutting the iPhone’s casing to suit the physically bigger USB-C connector is quite the process. The video also demonstrates how tough it was to fit the extra electronics, with the board bending around both sides of Apple’s Taptic Engine hardware to accommodate all of the required components.

For anyone with large resources interested in owning a USB-C iPhone, Pillonel is also auctioning off his original prototype on eBay, where bidding has already hit $3,400 as of the time of writing this post.  However, Pillonel warns that anybody who purchases the phone should not restore, upgrade, or wipe it, open it, or “use it as your regular phone.”

Ultimately, Pillonel has made the entire project open source, allowing others to build on his previous work, whether it’s producing more bespoke USB-C iPhone X models or migrating the concept to other iPhones in the future (though the actual PCB design won’t be provided until after the auction is over).  He also says he plans to keep improving the design, with goals including improving rapid charging, waterproofing, and potentially enabling USB-C accessories.