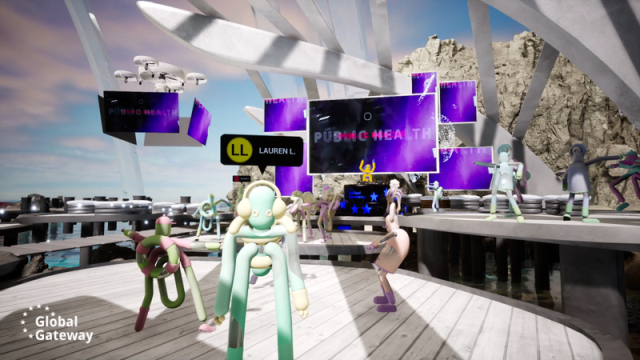 The story of the $400,000 failed metaverse party by the European Union
Home
Business

The story of the $400,000 failed metaverse party by the European Union

On Thursday last week, the European Union threw a party has been arranged for a cost which was seen as more than an arm and lake major snoozefest means at cost of $400,000 But this has resulted in a complete flop and only 6 people attended this metaverse party.

What was the EU’s Gala metaverse party?

This metaverse party which has been trolled now as digital garbage was called a fun and music Party and was named “Gala” Has resulted in a complete failure as it was only able to create a little Spark of interest in young people as only 6 people attended this party.

European union created this party with the intent of young people’s interaction with the form of digital and Augmented reality platforms In the metaverse party Gala in which the European Union spend approximately $400,000 so that this virtual reality party should be effective for youth to explore all the limitless possibilities into the metaverse space.

The foreign aid department of the European Union spend approximately €387,000 which equals to $400,000 for creating this virtual party which was created with the mission of inviting all the youths to experience the limitless options available in the metaverse World.

Although the EU pushed this much effort into creating this Metaverse party But it seems the world is not completely ready for the metaverse culture and especially the youth in the present era is also not ready to get completely involved in the metaverse parties and as a result, only six people showed real interest in attending this humongous arranged party.

Of the six attendees who attended this metaverse party, Vince Chadwick who was a Devex correspondent Mentioned that this matter about the metaverse Party by you was an immediate flop as no one showed any interest in being into the party and the party was just a repetitive music track and not any realistic metaverse party.

Chadwick In his recent tweet mentioned that he encountered only five people as participants in this party and all of them were curious about the number of people present in this metaverse party along with that he also shared a short clip on Twitter showcasing the oddly shaped avatars of all the invites in the party and all of them were gathered on a tropical beach stage.