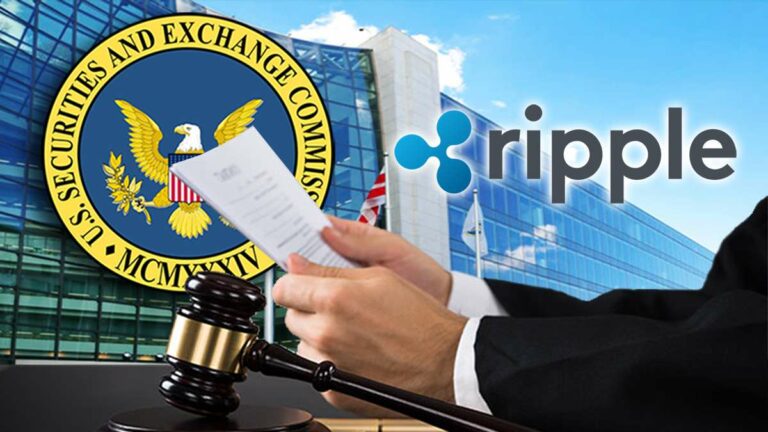 The cryptocurrency battle between Ripple Labs who is the creator of cryptocurrency Ripple also called XRP and the US securities and exchange Commission also called US SEC is on the verge of end. As the Crypto company ripple lab has filed for the response of US SEC commissions opposition concerning the motion issued for the summary judgment in the case between ripple labs and the US SEC.

The General Counsel of ripple Stuart Alderoty in his recent tweet mentioned that they have filed for the final submission. Alterity further mentioned that Ripple Labs has asked for the US SEC’s grant and the judgment in its favor in this filing apart from that Alterity also mentioned that he is proud to be working in Ripple lab’s defense as the company was working on behalf of the Crypto industry.

Brad Garlinghouse Who is the CEO and CTO of Ripple Labs Mentioned the victory of Ripple labs against SEC as the stronghold of Rebel against the onslaught of the US in the American crypto market. In the recent court filings on December 2nd, it was seen that US SEC finally seemed failed in proving the existence of Ripple labs XRP as the cryptocurrency as an investment contract.

As the case seems to be in the summary and judgemental face the US SEC was asked to give the material summary judgment to the Ripple laps to continue selling ripple labs XRP cryptocurrency in the crypto market.

This case was issued against Ripple Labs in 2020 which is seen to be a tenure of approximately 2 years and Ripple lab has been able to get huge support from the crypto community to consistently continue this Battle against the US SEC.

What was the case between Ripple and SEC?

The cryptocurrency XRP is just a cryptocurrency token that is issued by Crypto mining and it is having inherent value only because of its mining process and not because of any inherent value like other physical assets in the financial market. In the present case of Ripple labs, 70,000 XRP holders were also standing tall in the defense of the company against the US SEC.