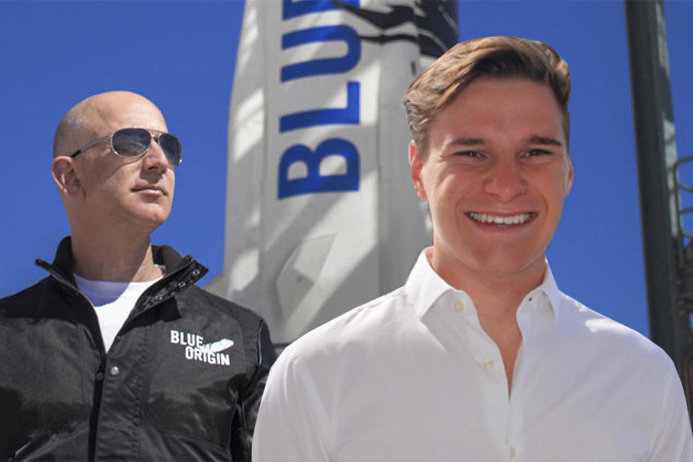 The teenager who accompanied Jeff Bezos to space told Bezos that he has never used Amazon Oliver Daemen is an 18-year-old Dutch teenager who went to the edge of the Earth in Blue Origin's New Shepard with Jeff Bezos and others.

The teenager who accompanied Jeff Bezos on his space flight told Bezos that he has never ordered anything from Amazon.

Bezos is the founder of Amazon as well as Blue Origin, the company which Carried out the trip. He funded Blue Origin’s establishment by selling billions of dollars worth of stock from his online delivery business Amazon.

He was accompanied by Oliver Daemen, an 18-year-old Dutch physics student, his brother Mark Bezos, and Wally Funk, 82-year-old female aviator. The trip took around 10 minutes to the edge of the Earth.

“I told Jeff, like, I’ve actually never bought something from Amazon,” he said in an interview on Friday at Amsterdam’s Schiphol Airport. “And he was like, ‘oh, wow, it’s a long time ago I heard someone say that.”

Daemen’s father is the CEO of an Equity Investment firm. Payment has always dreamt of going to space and he is going to attend the University of Utrecht in the Netherlands to study physics and innovation management this September.

Daemon was not supposed to be on the trip initially. He picked after another candidate bidding $28 million for the ride canceled at the last minute. Raman was on a family trip in Italy at that time but as soon as he got a call from Blue origin, he instantly flew to the United States.

“They called and said: Are you still interested?’ and we were like ‘Yes! Yes! Yes!
We didn’t pay even close to $28 million, but they chose me because I was the youngest and I was also a pilot and I also knew quite a lot about it already.”