EVs are the future, and with the latest increase in their usage, we know that. Companies are already trying to get into the untapped market to make the most of this growth period. And one such untapped market in India, where Tesla is set to step foot in some time. Another company that also showed its interest in the country is Triton. His initial plans are to invest and build a manufacturing plant in the country. And for this, the company is seeking an investment of $650 million to $1billion.

How is the Triton N4 different from other EVs?

According to the CEO of the company, Himanshu Patel, they have built their car based on India’s needs. They took into account the infrastructure, roads, and needs of Indians. One thing that he believes is a game-changer in their cars is the top solar panel. Himanshu also said that he thinks it doesn’t make sense for EV companies to just try and provide a cheap EV to Indian consumers. In fact, one should try to provide something that others don’t. 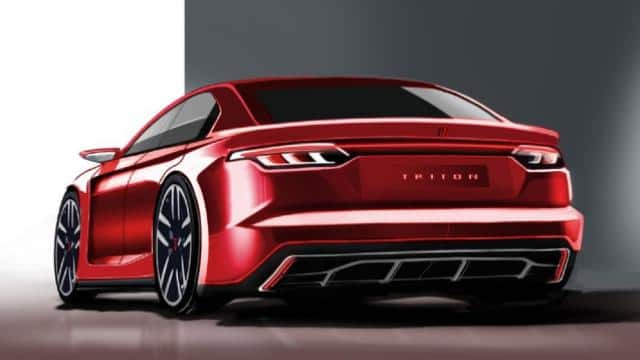 He explained that in most cities, people are stuck in traffic jams in the heat of the day. And this eats a lot of their EVs battery. But using the solar panel, their Triton N4 can charge up to 1.3 kW per hour. This will reduce the power consumption and will be very beneficial for the users. India is a particularly hot country, and it is important to address the fact that heat and batteries are not particularly best friends. Using the solar panel, the company claims to save at least 30% of the total energy wasted during traffic jams. This will give the Triton N4 a significant advantage over other car manufacturers and Tesla even though the latter has a great range.

The company’s plan in India

Unlike Tesla that plans to import vehicles from the US initially, Triton plans to start manufacturing very soon. Reports suggest that the company is in talks with BEL to manufacture their car’s batteries and electrical components. Triton is also in talks with different states to set up their manufacturing units. But the first and foremost thing that they must be looking for is the $650 million to $1 billion investment. The company also plans to set up multiple dealership and satellite dealership outlets. And at the same time, build the charging infrastructure of the EVs. This is because, as of now, there are only 650 charging stations in the country, which is very less.

What are your thoughts on the Triton N4, and do you think it will perform better than Teslas in the country? Let us know in the comments below. Also, if you found our content informative, do like it and share it with your friends.