People in Ukraine, an Eastern European country, are the most interested in digital assets, according to recent research. The United States and Russia were ranked second and third, respectively. 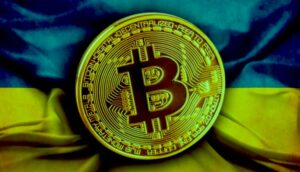 Ukraine is the most crypto-aware country

The global adoption index and the overall number of digital asset owners were among the variables examined by BrokerChooser, a cryptocurrency brokerage service, to identify which country is the most crypto-aware throughout the world.

Despite its financial difficulties, war woes, and high poverty rate, Ukrainians have recently shown a strong interest in digital assets, topping the ranking with a 7.97 score (out of 10). Russia, the world’s largest country by landmass, came in second, followed by the United States, the world’s largest economy.

It’s worth noting that Kenya, which is also facing economic difficulties, is ranked fourth. This isn’t surprising, considering that, as the data reveals, people in developing countries commonly turn to the digital asset market to protect their money against currency depreciation.

Institutional investors, on the other hand, are driving adoption in well-developed markets like North America, Western Europe, and Eastern Asia, according to BrokerChooser.

Ukraine is prepared to accept cryptocurrency

As of now, the cryptocurrency climate in the ex-Soviet state is somewhat perplexing, as digital tokens are neither legal nor illegal. While Ukrainians are unable to use bitcoin or other cryptocurrencies as payment for products or services, traders and investors can purchase and sell them on local exchanges.

The Ukrainian parliament, on the other hand, enacted a bill last month that may legitimate and control digital assets within Ukraine’s borders. The new legislation, once passed by President Volodymyr Zelensky, will safeguard investors and trading venues from fraud.

Minister of Digital Transformation Mykhailo Fedorov emphasized the asset class’s attractiveness among the Ukrainian people. He sparked hope that the Eastern European country could join the ranks of nations with legal status.

According to Oleg Kurchenko, CEO of the platform Binaryx, if passed, the bill “would diminish stereotyped perceptions regarding cryptocurrencies and will help them become conventional financial products”. According to Kurchenko, there was concern that a lack of trust in the government would push some investors away.