The unconquerable realms for Artificial Intelligence 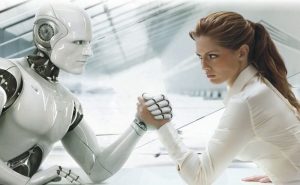 However, this rapid progress and its far and wide impact across diverse fields have raised questions concerning a potential threat wherein artificial intelligence completely replaces human effort and labor, the same threat dreaded by brilliant minds like Stephen Hawking and Bertrand Russel, of a possible intelligence explosion.

With Artificial General Intelligence and Natural Language Processing sharpening their prowess and efficiency of action, Artificial Intelligence is on the way to be adorned with more human characteristics so that they could function and respond without instructions and input. Sounds convenient and innovative on the surface, but as it goes deeper it entails serious issues concerning privacy, security, and the question of whether adorning AI with more intelligence will end up being an unintelligent decision for humans.

However, that’s not exactly the case. There are still realms that are completely out of reach for artificial intelligence and machine learning. The realms are exclusively controlled by humans. The foremost among them being the realm of creative thinking and innovation.

The greatest inventions and discoveries of all time first took birth in the minds of determined humans with ideas for change. It is their vision that was later augmented by technological advancements creating miraculous realities that often blur the line between reality and fantasy.

One good example to stress and prove this point is that of the tech giant, Apple. Apple is known for its novel and innovative product line, the release of each highly anticipated by users all over the world. These innovations came forth not because of an algorithm that revealed a new way of doing things. Steve Jobs and Johny Ive worked on their ideas first, that being the seed, they applied advanced technologies in a brilliant way to produce products and services that chime in innovation and out-of-the-box thinking. All these innovations were the key to success, not AI or analytics.

Even quantitative techniques like deep learning cannot be expected to produce disruptive and bold innovations since they are highly constrained and reductionist. They function on an established dataset deriving answers from a rigid set of pre-determined choices. Even the most sensational and promising AI technology at present, GPT-3 which is capable of doing tasks that touch the neighborhood of creativity is still limited to Natural Language Processing.

All these indicate that man still has the steering wheel when it comes to the technological landscape and it is the innovations he applies that decide the direction for artificial intelligence or any smart technology for that matter. This means the day when the terminator might knock at our door is still limited to the realm of fantasy.