The US overtakes China as largest Bitcoin mining hub

Following Beijing’s announcement that Bitcoin mining will be prohibited, the US has surpassed China in Bitcoin Mining. According to statistics published on Wednesday by the Cambridge Centre for Alternative Finance in the United Kingdom, the United States now accounts for more than 35 percent of global Bitcoin mining, up from just 4.2 percent a year ago.

Kazakhstan is currently the world’s second-largest Bitcoin mining country, after only Russia. Previously, bitcoin mining in China dominated the world supply. A year ago, the country accounted for approximately 67 percent of global Bitcoin mining.

China’s dominance was eroded by a series of governmental crackdowns, which resulted in the practice being outlawed this year. By March, China was mining less than half of the world’s Bitcoin, and by June, that percentage had dropped to around 34 percent. 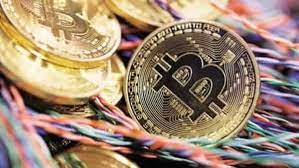 Mining operations in mainland China had all but vanished by July, but evidence suggests that some of the rigs may have been transferred. Mining in Kazakhstan, which shares a northern border with China, increased from 8.8 percent in June to more than 18 percent in August.

Bitcoin mining is the process by which new Bitcoins are created. High-powered computers are used to validate virtual coin transactions in Bitcoin mining. Bitcoin is based on a blockchain, which is effectively a public ledger that keeps track of all transactions.

The miners’ computers solve difficult arithmetic problems in order to add new blocks to the chain and are rewarded with the digital currency as a result, making the venture viable.

Those rigs consume a lot of energy and have generated environmental worries, especially when the majority of the digital currency was being produced in China, which consumes a lot of coal.

After Chinese Vice Premier Liu He called for a government “crackdown on Bitcoin mining and trading conduct, and resolutely prohibit the transmission of individual risks to the social field,” exchanges began moving out of China.

The revelation prompted Bitcoin’s value to plummet to around $41,000, though Bitcoin and other cryptocurrencies have subsequently recovered their losses and risen.

Bitcoin was valued at around $56,500 on Wednesday, approaching April’s record highs of almost $63,000. Ethereum, the second-largest cryptocurrency by market capitalization, has increased by more than 56 percent in the last six months.