Coinbase has launched a new live phone support line in response to thousands of customer service complaints. However, many customers remain dissatisfied with the company’s latest attempt to resolve their difficulties.

Take, for example, Erick and Molly Richardson. Erick was so startled by the text message on his phone that he pulled over to the side of the roadway. It was a bright July afternoon. 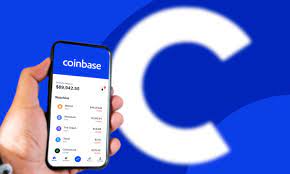 The retired lawyer responded to the message, which stated that someone had logged into his account. He got in and received an email notifying him that his two-factor authentication had been changed, implying that his security settings had been compromised.

New Coinbase phone support slammed by users as a joke

The horror just got worse from there. He and his wife, Molly, had about $1.1 million in cryptocurrency savings. As Erick stood there watching, a fraudster began extracting all of their bitcoin assets, totaling around $700,000. And there was nothing he could do about it.

“I was terrified. It was a feeling I hadn’t had in a long time,” Erick said, realizing that the SMS message was most likely a phishing attempt to steal his account information.

Prospects for Coinbase When a scammer took over Erick and Molly Richardson’s account, they lost roughly $700,000 in cryptocurrency.

The Richardsons were unable to contact Coinbase for assistance since, at the time of the account takeover in July, the company only provided email support. In response to authorities’ information and interviews, a CNBC investigation in August discovered that thousands of customers’ accounts had been hijacked and left dangling by the company. Coinbase has a market capitalization of more than $50 billion after going public in April.

In response to public information, users have filed more than 12,000 complaints with the Federal Trade Commission, Consumer Financial Protection Bureau, and Better Business Bureau against Coinbase since 2016. The complaints are mostly about customer support. Since August, 1,500 more complaints have been filed.

Other cryptocurrency exchanges have received similar complaints, although not nearly as many as Coinbase, which is the largest in the United States.

In August, Coinbase launched a live support line in response to customer complaints that they couldn’t talk to anyone at the company. Hundreds of customers, however, who had their accounts stolen and depleted, told CNBC that the so-called assistance did not result in their problem being rectified.

In the instance of the Richardsons, Erick stated that the scammers only took roughly 20 minutes to extract 21 Bitcoin in 110 different transactions.

Erick alerted Coinbase to the incident, which resulted in the account being locked. However, he claimed that no one has contacted the couple in over two months to help them get a refund or unlock their account.

The Richardsons referred to the new Coinbase phone helpline in September. The agent informed Erick that he did not have access to the case file and advised him to respond to the final email from Coinbase, which he had previously replied to. The 10-minute name concluded with further frustration rather than a choice.

“It was a joke; it only makes me even angrier.” And no one in customer service has any decision-making authority,” Erick added. “They really can’t offer much assistance.” What did Coinbase do two days after I was hacked? They emailed me a customer survey and requested me to give them a rating for their service.”

In an email, for example, client Marc Boulos stated, “The live help is just for accounts that are actively restricted; because my account is no longer locked, I can’t even get live assistance even if I try.”

“The system recognizes that the account connected with my phone number is not locked,” Boulos stated, “yet refuses to let me contact live help.” Don Pirtle, another consumer, called the phone line “a joke.”

After more email exchanges with Coinbase, the Richardsons reported that access to their account had been restored. And they did receive a refund from corporate.

It wasn’t, however, what they had expected. The company deposited $500 in its Bitcoin account.

Erick Richardson said, “It seemed like they kicked sand in my face.” “Is there even a top Coinbase executive looking into this?” ‘OK, this is what happened to this guy,’ remarked someone after doing some math. He was out of 21 bitcoins. Let’s hand over $500 to him.”