The next TWD title will be called The Walking Dead: All Stars which will have role-playing elements, which will let players take control over how specific events play out and will let them recruit survivors that will be able to assist with their quests later on in the game. Add an intriguing cast of characters derived from both The Walking Dead and the original comic series, as well as an interesting play cycle of exploring, fighting, and collecting, with a sprinkling of PvP in the mix, and it starts to look like it could be the Walking Dead game fans have been asking for. 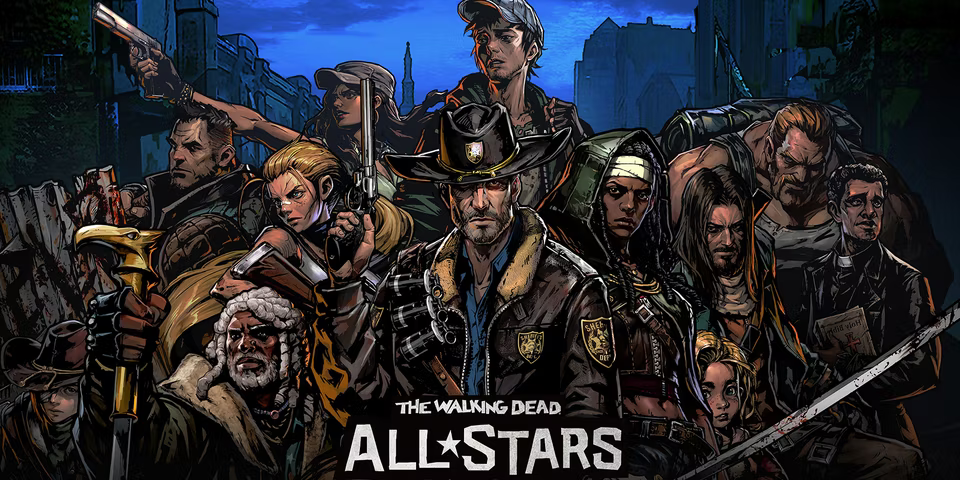 Recruit Rick, Michonne, Glenn, & More: Meeting & recruiting a cast of new survivors and icons, all drawn from comics, with new, comic-style artwork. Players can recruit allies, survivors, and even characters such as Rick, Michonne, Glenn, and others from the TV series. Players will also be able to use their recruited survivors to guide their fate through role-playing gameplay.

As a survivor in The Walking Dead universe, players will have to recruit survivors, find allies, and battle both the Walkers and other players in order to gain resources and develop their own settlement. You will be using all of your skills and your party to battle Walkers and other players in order to gather resources and construct your very own Sanctuary, trying to survive one more day. Players will recruit survivors, allies, and favorite characters from Walking Dead with Rick, Michonne, and Glenn, among others while gathering resources via various story-driven modes and regular gameplay events, in order to build and grow their own personal shrine.

This series-based game features a variety of story-driven modes and events, which let you fight walker-based enemies, and other survivors (in PvP format), and gather resources. Through a variety of story-driven modes and regular gameplay events, players explore Buffalo, NYs ravaged wastelands, fight the walker hordes, and gather vital resources that allow them to thrive.

The world of The Comics explores a new, evolving plot, taking place in a post-apocalyptic version of Buffalo, NY, just like it was in The Comics. The new game puts players into this immersive post-apocalyptic universe, fighting to survive through a brand-new and evolving storyline.

A diverse cast of familiar survivors, including Rick, Michonne, and Glenn, will be available as collectibles, alongside antagonists like Negan and Alpha, so fans of the Walking Dead are more than likely going to get their chance at purchasing their favorite characters. A team-based zombie-stomping collection game could be exactly what The Walking Dead fans needed during their time waiting for the grand debut of Tales of the Walking Dead. A dedicated PvP mode even puts players’ squads up against one another for resources, true to The Walking Dead fashion. Players that engage in the PvP mode and are successful are awarded items that will help to reinforce their bases. We’ll learn more about it as we get closer to release.