This new Robinhood commercial on WallStreetBets is savage!

WallStreetBets just dropped the unofficial Robinhood commercial, and I must say it is savage. The shady things that the company pulled off have finally paid off. And I can see the enthusiasm behind this entire commercial. This came after the company dropped its original commercial for Superbowl. Their original ad video shows that how all people are investors be it them running a shop or buying a product for use. The point is they want to scam as many people as they can. And WallStreetBets and Reddit users stand strong against that. So, I believe it would be in the best interest of everyone to look at the more appropriate description of the company.

Why should you avoid Robinhood?

Any platform that allows users to invest in stocks or other commodities should be as transparent as possible. And Robinhood is the opposite of that. They hide as much as they can and don’t believe in having a good long-term relationship with users. When the GameStop share rose to new heights, we all know how bad big firms were bleeding. And this is exactly why Robinhood halted trading of the stock.

They only allowed users to sell and not buy the stock anymore. Based on their opinions (which no one cares about), this was done to prevent market manipulation. As if no one knows what that is. Making sure that big firms don’t dry up due to the increased investment in the shares that they bet against, they cheated the customers. Who lost the money? Us!

I just saw a Robinhood commercial that said “you are in control of your financial destiny.” pic.twitter.com/XKLKoyapoC

Talking about the more appropriate unofficial commercial, it shows a man Ray Liotta that was scammed by Robinhood. He lost all his money to the unethical money-making practices of the company. Yes! looking at the video, you might find it funny, but the fact is that it’s the truth. Owning thousands of dollars of stock but not being able to trade it freely, while hedge funds do whatever they want! Just look at Twitter. It’s blowing up with hilarious replies and strong answers to whatever Robinhood’s being pulled down. 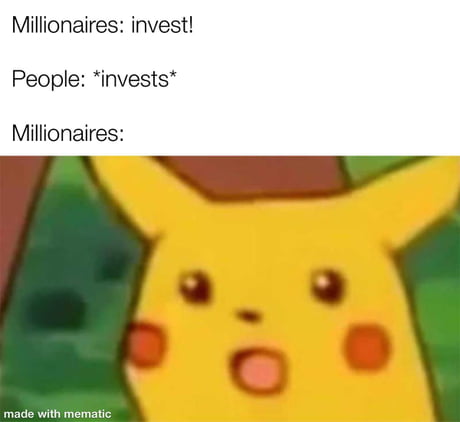 If you are thinking that Twitter is the only place where Robinhood is being bashed, then you are absolutely incorrect. Reddit has also been blowing up since the day the trading platform messed with the investors. It’s no doubt that they are going to try and repair their image with their new commercial, but there will be less uplifting and more jokes about the same. The comments on the video are hilarious. One user commented, “Robinhood: take it from the poor and give it to the rich,” while another said, “The gamification at Robinhood seems so immoral. They’re tapping into that gambling addiction”. The point is that don’t use Robinhood and share this commercial as much as possible.

I am not linking the original ad because why the heck would anyone want to view that. Let us know your thoughts on the comments below. Also, if you found our content useful and you are anti-Robinhood, share it with your friends and family.