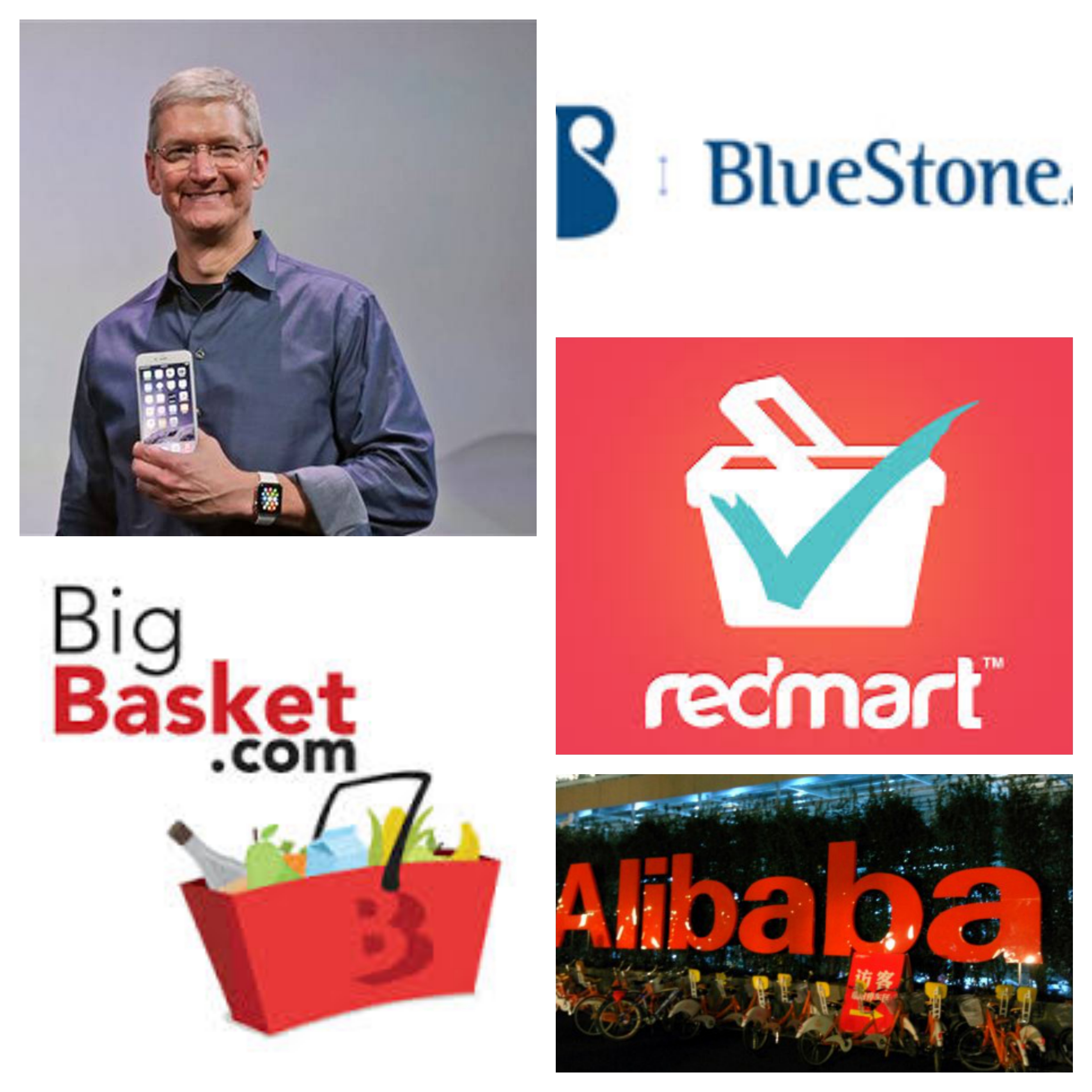 Alibaba, which has been described as a behemoth that combines eBay and Amazon.com is expected to raise about $24 billion and become the largest IPO in history for a US listed company. If things go as expected, its market valuation could hit a record $163 billion.

The company is expected to embark on its investor roadshow by the week beginning 8th Sep 2014 in New York and is expected to reach around the globe to London and Hong Kong.Alibaba could begin trading on the New York Stock Exchange by Sept. 19.

Apple unveiled the iPhone 6 and the Apple Watch on 9th September at a press event in Cupertino, California.

At the event, the technology company announced not one, but two new iPhone models – both of which have larger screens. It also introduced a watch.

Online grocer BigBasket has received funding of Rs 200 crore in a round led by venture capital firms Helion and Zodius Fund II with Avendus. Existing investors Ascent Capital and LionRock Capital also participated in the round which saw the valuation of the two-year-old startup cross $100 million (Rs 600 crore).The Bangalore-based firm, which is also present in Mumbai and Hyderabad, will use the funds to expand to 10 cities by December next year. It plans to expand to Pune and Delhi within six months.

Microsoft to Do Away with ‘Nokia’ Branding from its Products

Microsoft is planning to phase out the Nokia name in its mobile products, a newly leaked internal document confirmed. The document,  obtained by tech blog GeeksOnGadgets, says upcoming Nokia Lumia devices will soon be branded as just “Lumia.”

This doesn’t come as much of a surprise. In April, former Nokia CEO Stephen Elop — who is now the head of Microsoft’s devices group — said that he doesn’t see the Nokia name sticking around for long at Microsoft.

Singapore-based online grocer RedMart announced its foray into India with a development center in Bangalore. RedMart’s  is planning to move to India is to push the technology side of its operations. To do that, the company is hiring engineers in India currently.

Snapdeal Ties up with Mapmygenome to offer DNA Testing Service

Hyderabad-based Mapmygenome, launched last April, tests for nearly 100 conditions and has provided genetic assessment for hundreds of customers so far. While most come from metros, a growing number from smaller towns, such as Vijaywada, Coimbatore, Kharagpur and Jalandhar, are turning to the startup to test for diseases like cardiovascular, Alzheimer’s, schizophrenia and male pattern baldness.

MakeMyTrip Limited (MMYT) has announced the institution of a USD 15 million Innovation Fund to support early stage companies in the Travel space. The fund will focus on start-ups in Travel technology with a special focus on Mobile and IP based companies.