According to sources, Tokyo tax authorities discovered a China-based scheme that used cryptocurrencies to invest around 27 billion yen ($237 million) in Japanese real estate while avoiding the Chinese government’s scrutiny. 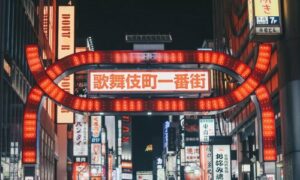 Tokyo Regional Taxation Bureau officials performed a tax audit of a company in Tokyo’s Taito Ward that ran a photo studio catering to international tourists. Although the company’s annual sales were just around 10 million yen, tax officials uncovered massive amounts of cash flowing in and out of its accounts, according to the sources. One of the accounts was with a cryptocurrency exchange that traded in yen.

Tax officials discovered that three persons in China transported the equivalent of nearly 27 billion yen in cryptocurrencies to a Tokyo company to be converted into yen over three years ending in March 2019. As a commission, the Tokyo firm kept a portion of the yen.

The three Chinese used the WeChat app to give instructions, and the converted yen was used in some real estate transactions by other Chinese investors. According to the reports, the trio acted as an intermediary to collect yuan from wealthy Chinese who wished to invest in Japanese real estate.

Any Chinese citizen who wishes to send more than $50,000 (about 5.6 million yen) abroad in a year must first request approval from the Chinese government.

The difficulty of tracing cryptocurrency transfers was one of the main reasons the People’s Bank of China declared a comprehensive ban on several cryptocurrency-related activities in September.

According to the sources, Tokyo tax authorities considered taxing the Tokyo firm for the commissions it earned but decided against it due to the firm’s financial problems. Tokyo should work with China to combat fraudulent bitcoin transfers.

Major issues would occur, according to Nobuhiro Tsunoda, a retired National Tax Agency official who is now head of Ernst & Young Tax Co. in Japan, if tax authorities were unable to track massive cryptocurrency imports immediately. In such circumstances, he continued, proper taxes would be impossible.

“The recent instance demonstrates the importance of working with Chinese tax authorities to fully unravel the flow of funds, identify the issues that arise in such transactions, and put in place measures to address the issues,” Tsunoda said.

The Tokyo-based firm ceased operations in late 2020. The operator was a Chinese-born man in his thirties.

Even though the company’s annual sales were not very high, an acquaintance of the company’s owner was given a one-billion-yen interest-free loan.

The acquaintance explained, “He lent me the money because of our links.” “I never asked why he had that money, and I never knew why he had it.” Tax authorities have attempted to improve cryptocurrency monitoring, but it is difficult to keep track of all transactions.