In the past decade and a half, recent roars from Tiger Global investment firm, acknowledged for making Indian startups on the global map, transforming local innovative companies into unicorns at a velocity never seen before in the second largest internet market globally.

Indeed, overthrowing Sequoia Capital by the number of investment deals in India’s unicorns. , According to a report from last year, Sequoia was the top investor in Indian unicorns. However, Tiger Global has invested in 25 of them, making it a stakeholder in nearly half of all Indian unicorns. Sequoia Capital, on the other hand, has invested in 18 of India’s 52 unicorns. At least six of these startups have recently been valued at $1 billion or more, thanks to Tiger Global’s investment. 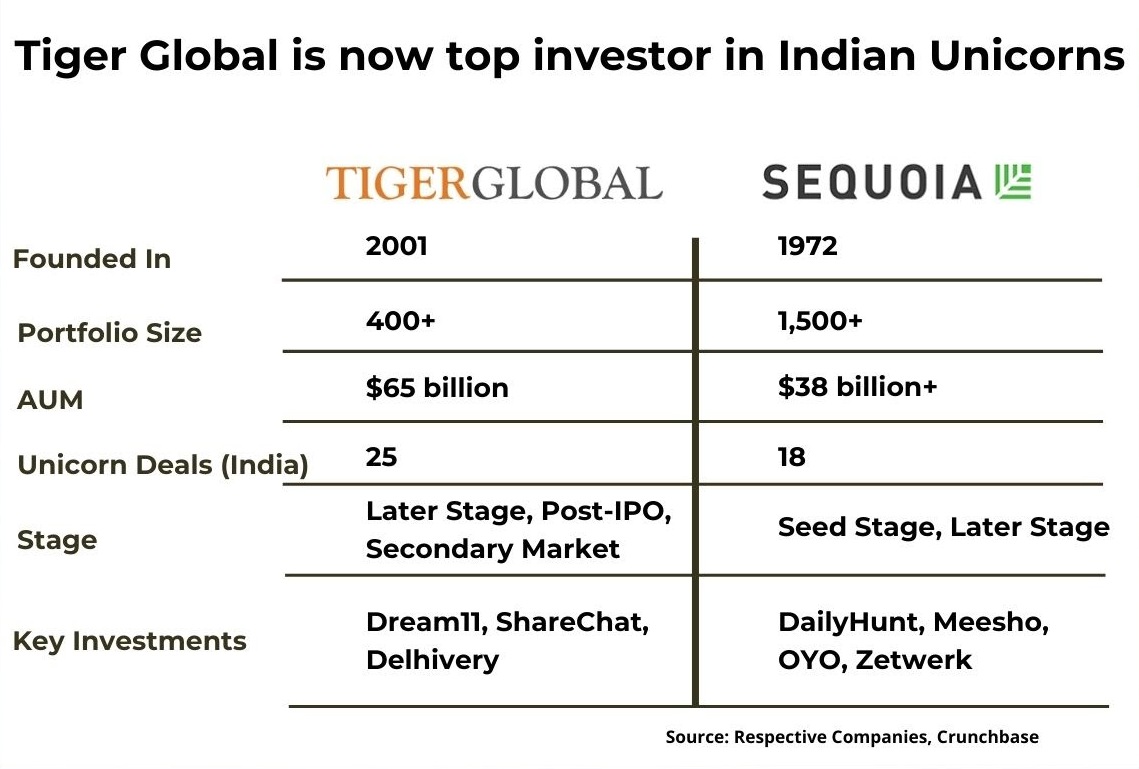 Since 2010, Tiger Global has targeted the Indian market aggressively, slowing its approach between 2016 and 2018. After investing in 40 startups in India in 2015, the firm only invested in seven startups in 2016, five in 2017, and eight in 2018. With the exit of former partner Lee Fixel, top leadership changes limited the momentum of investors in India in 2019. Tiger Global appears to be restarting its aggressive approach in the Indian sector, bagging one deal after another.

In April 2021, Tiger Global closed a $6.7 billion fund to support all of these start-ups to achieve unicorn status, which led to investments in social network ShareChat, business messaging platform Gupshup, and investing app Groww, as well as participating in the round of financial app CRED. Infra. Market and Innovaccer, two other Indian startups that became unicorns earlier this year, also backed Tiger Global. Its investments in Flipkart in 2009 and Ola in 2012 illustrated the level of risk appetite with which the American company was willing to operate in India, at a time when both companies were trying to acquire funds from some of India’s most prestigious investors.

However, a review of the investment activity by Tiger Global in the Indian startup ecosystem this year indicates that Indian startups will get more enthusiastic than ever. Through, it may keep investing in Indian startups at the same rhythm it’s been doing this year.