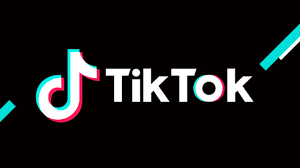 Tik-Tok considered to be one of the most popular apps in the world has the highest number of users in the United States of America has decided to come into an agreement with the country, in which the social media platform agreed to bring changes in its data security system. Reports bring out that the changes being brought into effect would take place without Tik-Tok’s parent firm ByteDance requiring to sell it.

Reportedly, Tik-Tok’s parent company ByteDance had been asked by the US to strip the company of its powers since the year 2020 in the US. The US fears that the social media firm might be sharing the data of its citizen with its rival China. A US security advisor had recently raised concerns regarding US citizen user data being shared with its adversaries.

Yet To Agree Upon Major Provisions

Reports bring out that, the social media firm and the US administration who have agreed upon most of the minor concerns are yet to decide upon some of the major provisions. A spokesperson of Tik-Tok has expressed confidence in fully satisfying all the reasonable concerns of the administration led by the US president. White House and the Tik-Tok parent company ByteDance are yet to officially comment on the matter.

The security advisor had also said that the data theft by the Chinese has continued for more than a decade. The US security advisor has also expressed concern over increased China’s capability to break into the 5G network. The US has reportedly seen cyber-attacks from Chinese attackers in large numbers.

The security advisor also said, that, the espionage attack on the country is the first of its kind in History. He also added that the attack from China is strategic, not easy to understand, and ferocious.

Tik-Tok which was initially released in the year 2006 has more than 300 million users active. The social media app which has been downloaded 80 million times is used by more than 500 million daily subscribers in the USA. TikTok relies on local content promotion and endorsement for its propagation.