TikTok to launch delivery-only restaurants across the US in March 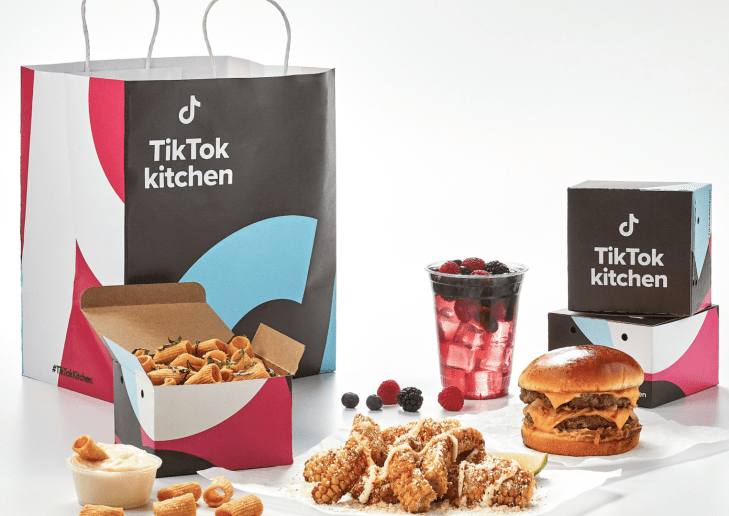 TikTok is getting ready to launch a new business that will turn its viral food videos into actual meals that you can order and eat. According to Bloomberg, the social media platform is teaming up with Virtual Dining Concepts and Grubhub to open “TikTok Kitchen”-branded delivery-only restaurants across the United States next year. The restaurants’ menus will be inspired by TikTok’s most successful viral food videos, which customers can order online and have delivered to their door via Grubhub. TikTok wants to open roughly 300 eateries in March, with ambitions to expand to over 1,000 by the end of the year.

Top TikTok viral foods such as baked feta pasta, a smash burger, corn ribs, and spaghetti chips will be on the inaugural menu. The baked feta, in particular, gained enormous traction in 2021, with Google reporting it as the year’s most-searched meal after it became extremely popular on TikTok.

The menus at the venues will be updated quarterly in the future with new recipes that have gone viral. It’s unclear whether TikTok will make some of the most popular meals, such as baked feta spaghetti, permanent menu items. TikTok confirmed that creators will be credited for dishes on the menu, and that they will be prominently highlighted throughout the relationship.

“Proceeds from TikTok Kitchen sales will be used to support the creators who inspired the menu item, as well as to encourage and assist other creators to express themselves on the platform, in keeping with TikTok’s objective to inspire creativity and offer joy to its users,” the company added.

However, the firm noted that this was a promotion to deliver TikTok food to fans, not TikTok’s foray into the restaurant business. That suggests the company is most likely treating this as a one-time marketing stunt rather than a long-term investment. TikTok did not specify how long this “campaign” will last, nor did it disclose any additional information regarding the ordering procedure or how menu items will be chosen and replenished.

Virtual Dining Concepts, which was founded in 2018, operates a number of delivery-only ghost restaurants and has teamed with a number of celebrities, including YouTube star MrBeast (who has his own virtual restaurant, MrBeast Burger), Guy Fieri, Steve Harvey, Mariah Carey, Tyga, and others. Barstool Sports is also a partner of the company. Virtual Dining Concepts raised $20 million in Series A fundraising in October, stating it will use the money to fund new technology, improve corporate infrastructure, and expand marketing and customer service.

TikTok is well-known for popular culinary trends and has a large number of viral recipes that are frequently reshared on other social media sites including Twitter, Instagram, and Facebook. The latest agreement for the short-form video app signals that the firm is aiming to capitalise on its popularity to improve the profile of both its brand and the creators who are fuelling the app’s food content.