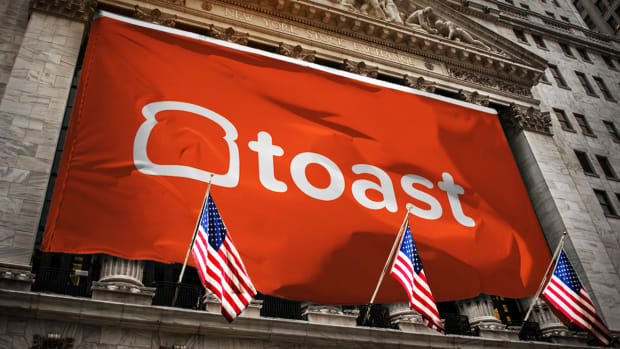 Toast, a restaurant payment software company files for an IPO

Toast, a restaurant payment software company, has filed for an initial public offering with the Securities and Exchange Commission.

Toast suggested a $100 million offering in its S-1 prospectus filed with the Securities and Exchange Commission on Friday, but it is simply a placeholder number until it decides for sure. The Wall Street Journal reported in February that Toast was preparing an initial public offering (IPO) that could value the company at $20 billion.

The announcement represents a significant turnaround for the local firm, which only 16 months ago lay off half of its workforce when its restaurants were forced to close owing to COVID-19. The business intends to trade under the ticker code TOST on the New York Stock Exchange.

“To provide restaurant operators with everything they need to run their businesses successfully, our restaurant-specific platform is fully integrated across the point of sale, operations, digital ordering and delivery, marketing and loyalty, team management, financial technology solutions, and platform services,” Toast said.

“To put it another way, we’re democratizing technology so that restaurants of all sizes can compete on an equal footing.”

Toast reported a $704 million increase in sales in the six months ending June 30. Its net loss increased to $235 million in the first half of the year, up from $125 million the previous year.

“As of June 30, over 48,000 restaurant locations across nearly 29,000 clients collaborated with Toast to streamline operations, grow sales, engage guests, and retain happy staff, processing over $38 billion in gross payment volume in the last 12 months,” the firm stated.

In addition, Toast stated, “We feel we are in the early phases of realizing our addressable market opportunity. As of June 30, the locations on our platform comprised just around 6% of the roughly 860,000 restaurant locations in the United States, despite the fact that we are a major platform serving the restaurant industry.”

Restaurants are recovering from the worst of the epidemic, but the Delta variety is causing concern. Stocks climbed on Wall Street on Friday after Federal Reserve Chairman Jerome Powell indicated the central bank may begin to reduce support this year now that the economy has satisfied the Fed’s standards for inflation and employment development.

Aman Narang, Jon Grimm, and Steve Fredette launched Toast in 2011. The firm provides hardware for restaurants, including tablets and portable devices, as well as cloud-based software for managing orders, payroll, and marketing.

Losses because of Pandemic

Toast experienced enormous financial losses as the epidemic ravaged the restaurant business. According to documents, the firm cut its workforce by almost half, or around 1,300 workers, in April 2020, and furloughed another 12%. In a letter at the time, the company’s CEO, Chris Comparato, stated that restaurant sales were down by 80 percent in most locations.

Increase in customer base in Pandemic

Toast’s client base has increased throughout the pandemic, albeit at a slower rate than in prior years, according to documents. Approximately 48,000 eateries utilize the company’s software as of June, up 44 percent from the same month last year. From June 2019 to June 2020, the company’s client base increased by 66%.

Despite this, the firm claims there is still an opportunity for expansion, noting the fact that they are only present in 6% of American restaurant locations.

If the IPO values Toast at $20 billion or more, as has been speculated on Wall Street, the company’s two co-founders, Stephen Fredette and Aman Narang may become billionaires on paper. According to the report, Fredette holds 6.96 percent of the company’s stock and Narang owns 5.14 percent. Christopher Comparato, the company’s CEO since 2015, owns 2.38 percent of the stock.

Toast secured $400 million in a fundraising round headed by Bessemer Venture Partners in February 2020, boosting its total venture capital to over $900 million and increasing its valuation to $4.9 billion.

Drizly, another business benefited from Pandemic

During the pandemic, the growth of internet ordering bolstered Drizly, a Boston-based alcohol delivery business that was bought by Uber in February for $1.1 billion. Toast’s IPO announcement comes only days after Spyce, another Boston restaurant tech firm, was bought by national salad chain Sweetgreen.