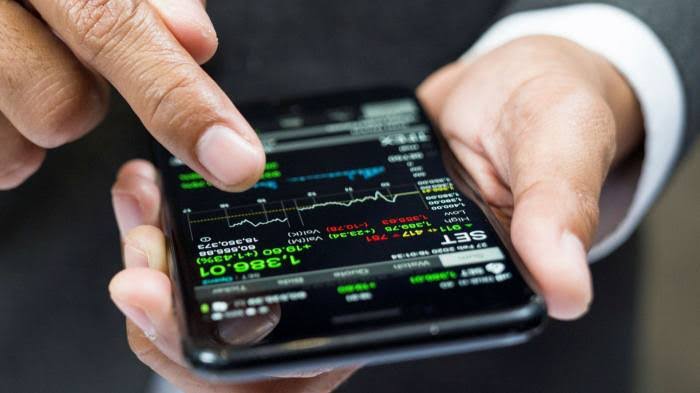 A cryptocurrency is a virtual currency that is safeguarded by cryptography, preventing it from being counterfeited or double-spent. Many cryptocurrencies are decentralised networks based on blockchain technology, which uses distributed ledgers enforced by a large number of computers. This means that transactions involving cryptocurrencies are anonymous and untraceable, allowing both parties to avoid sharing sensitive information with third parties such as banks or other transaction providers.

We’ve already mentioned a few exchange platforms that we believe are superior in some categories, including security, volume, market availability, and commission rates. We narrowed out the best bitcoin exchange sites based on observable metrics like volume, ratings, popularity, and adaptability. Here’s the list of 10 best crypto trading platform.

BlockFi is a global cryptocurrency exchange that also offers interest-bearing accounts and low-interest loans. There are no transaction fees on trades, and there are no hidden costs or minimum balance requirements. Beginner and intermediate cryptocurrency investors who seek to bridge the gap between traditional finance and crypto may benefit from our cryptocurrency platform.

Uphold is a cloud-based financial service platform that allows people to move, convert, hold, and transact in a variety of assets in a secure manner. Uphold has 27 fiat currencies, 58 cryptocurrencies, and four precious metals to choose from.

Credit/debit cards, bank accounts, and cryptocurrency networks are all options for users to fund their accounts. Users may send money to others and exchange over 60 assets all from one screen.

Kraken is a cryptocurrency exchange and bank based in the United States that was created in 2011. The exchange facilitates cryptocurrency and fiat currency trading, as well as providing pricing data to Bloomberg Terminal. Kraken is available to residents of 48 US states and 176 countries as of December 2021, and it currently includes 95 cryptocurrencies for exchange.

eToro is a social trading and multi-asset brokerage firm based in Israel that specialises in financial and copy trading services such as FX and cryptocurrency. Cyprus, the United Kingdom, the United States, and Australia are among its registered offices. The company’s valuation was $800 million in 2018, and it is expected to quadruple to $2.5 billion by 2020.

In 2007, brothers Yoni and Ronen Assia, along with David Ring, established eToro as RetailFX in Tel Aviv. In 2010, the company launched the eToro OpenBook social investment platform, which includes the CopyTrading function, which allows investors to automatically mimic the network’s top traders. The company released an Android app later that year.

Crypto.com is a Singapore-based cryptocurrency trade app. Currently, the app has ten million users and 3,000 workers.

In 2016, Bobby Bao, Gary Or, Kris Marszalek, and Rafael Melo started the company as “Monaco.”

Following the purchase of a domain owned by cryptography researcher and professor Matt Blaze, the company was renamed Crypto.com in 2018. The domain was valued at $5-10 million by domain sellers.Foris DAX Asia is a Singapore-based subsidiary of Foris DAX MT (Malta) Limited, which operates Crypto.com.

Changpeng Zhao, a developer who had previously designed high-frequency trading software, launched Binance. Binance was founded in China, but moved its headquarters out of the country after the Chinese government tightened its grip on cryptocurrencies.

Binance was investigated by the US Department of Justice and the Internal Revenue Service in 2021 on charges of money laundering and tax evasion.In June 2021, the Financial Conduct Authority of the United Kingdom ordered Binance to cease all regulated operations in the United Kingdom.

Hodlnaut is a Singapore-based crypto lending and borrowing platform whose purpose is to provide financial services to cryptocurrency users. The platform presently manages over $650 million dollars in digital assets and is expanding at a rate of 20% month over month.