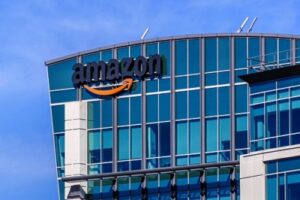 A number of suppliers at Amazon Inc.’s team in China are reportedly connected to labour camps. These camps are of the forced Uyghur labourers from the Xinjiang region of China. The report on this development of was first published by the Tech Transparency Project. They discovered that five of the suppliers of Amazon had been accused directly by watchdog groups. Journalists, along with these groups found them to be relying on Chinese workers from many of their “reeducation centres.” These centres are reported to be used to detain Uyghur Muslims, Kazakhs, along with other ethnic minorities. These concerned suppliers are in charge of producing branded products and devices for Amazon. This range includes the line of home and tech goods coming under the category of “Amazon Basics.”

The report stated how the discovery raises the questions regarding how exposed Amazon is to China’s repression of minority Uyghurs in the region of Xinjiang. Along with it, it highlights the level to which the e-commerce giant is appropriately vetting its relationships with the suppliers. Amazon, in turn, specifies how its suppliers is not to “use forced labour.” They further added that they do not tolerate any “suppliers that traffic” or exploit workers in any way possible.

Luxshare Precision Industry and AcBel Polytech were two of the suppliers mentioned in the report. These two suppliers were reportedly also used by Apple Inc., according to The Information’s investigation conducted last year. However, both the tech giants have denied working with these suppliers who are reportedly in connected with forced labour camps.

“Amazon complies with the laws and regulations in all jurisdictions in which it operates, and expects suppliers to adhere to our Supply Chain Standards. We take allegations of human rights abuses seriously, including those related to the use or export of forced labor. Whenever we find or receive proof of forced labor, we take action,” Amazon spokesperson Erika Reynoso said in a statement to NBC.

According to findings from the The Australian Institute of Strategic Policies, many other global brands are similarly associated with these forced labor camps. These brands include Zara, H&M, Gap, Sony, Nike, Adidas, Microsoft and many more. China, according to estimates from Amnesty International, is at present holding approximately 1 million prisoners in internment camps in Xinjiang. These prisoners are forcefully made to renounce their religion and give in to hard labour in factories, according to reports.

As of 2021, both the United States and the European Union imposed sanctions on China. These sanctions prevented any imports from regions like Xinjiang until concerned businesses proved that they were no further involved with forced labour. However, many Amazon-branded products are still made in this region of China, such as some towel brands.