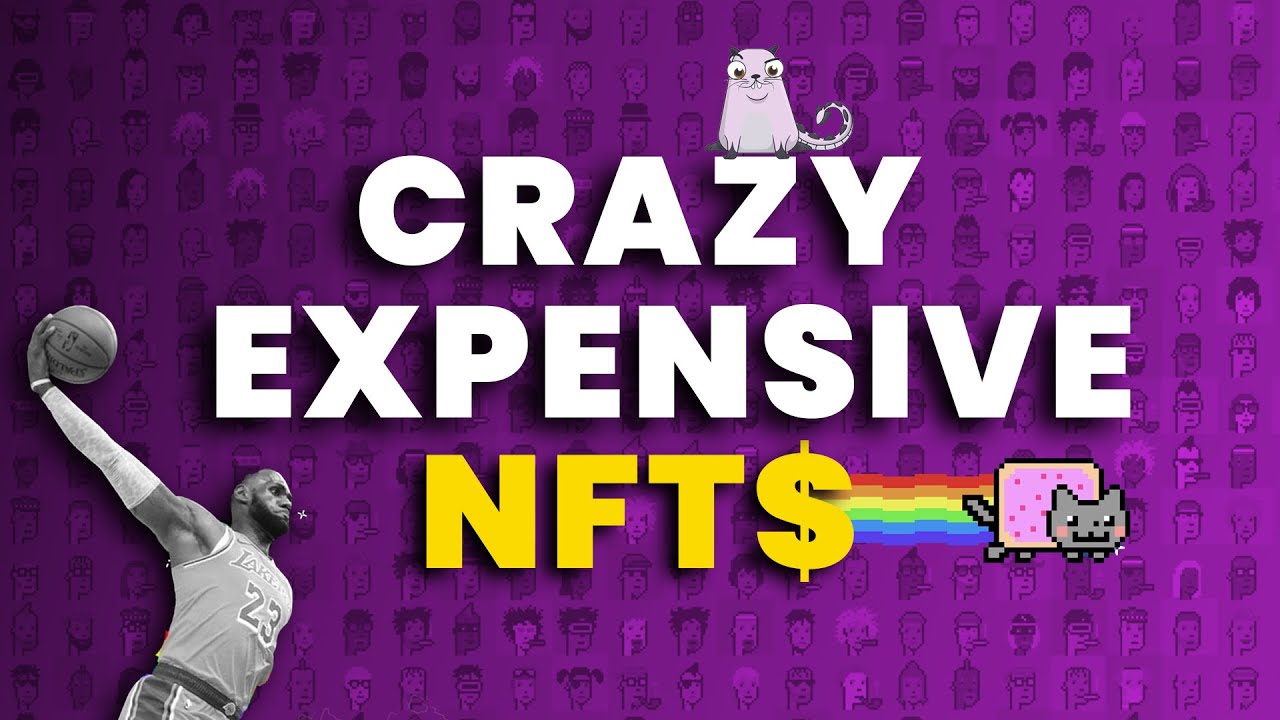 Speaking of a lot of currencies available today in the marketplace, some of the most popular ones worth investing in includes Bitcoin, Cardano, Baby Doge, Ethereum, Dogecoin, Polkadot, and Binance Coin, PancakeSwap as well as EverGrow Coin to name just a few of course. 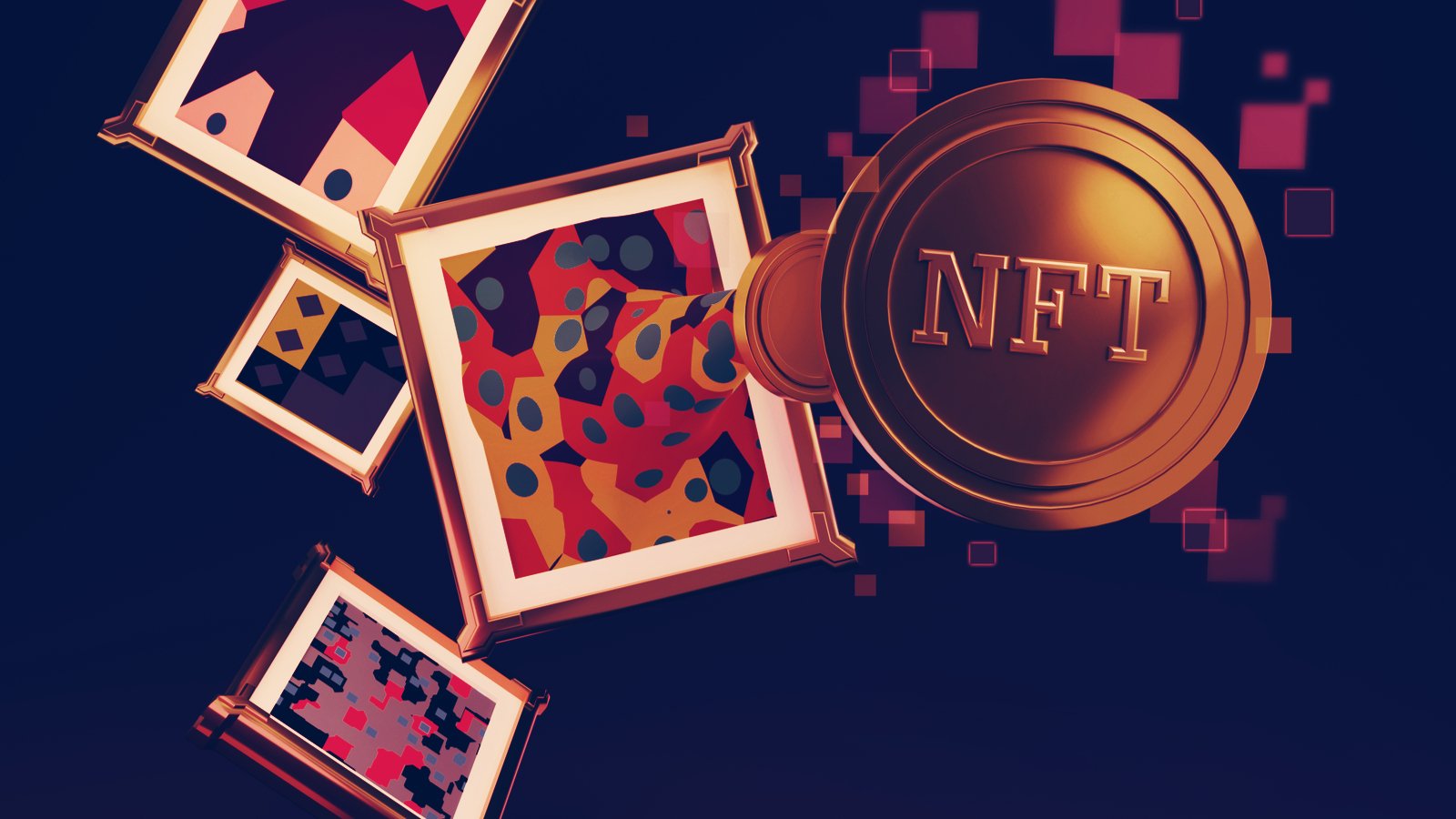 Now that you have a brief backstory about the crypto world, you will be able to have a much better understanding of what we have with us today, the Top 10 most expensive NFTs ever sold. To know more, I suggest you read further!

Most expensive NFTs ever sold! 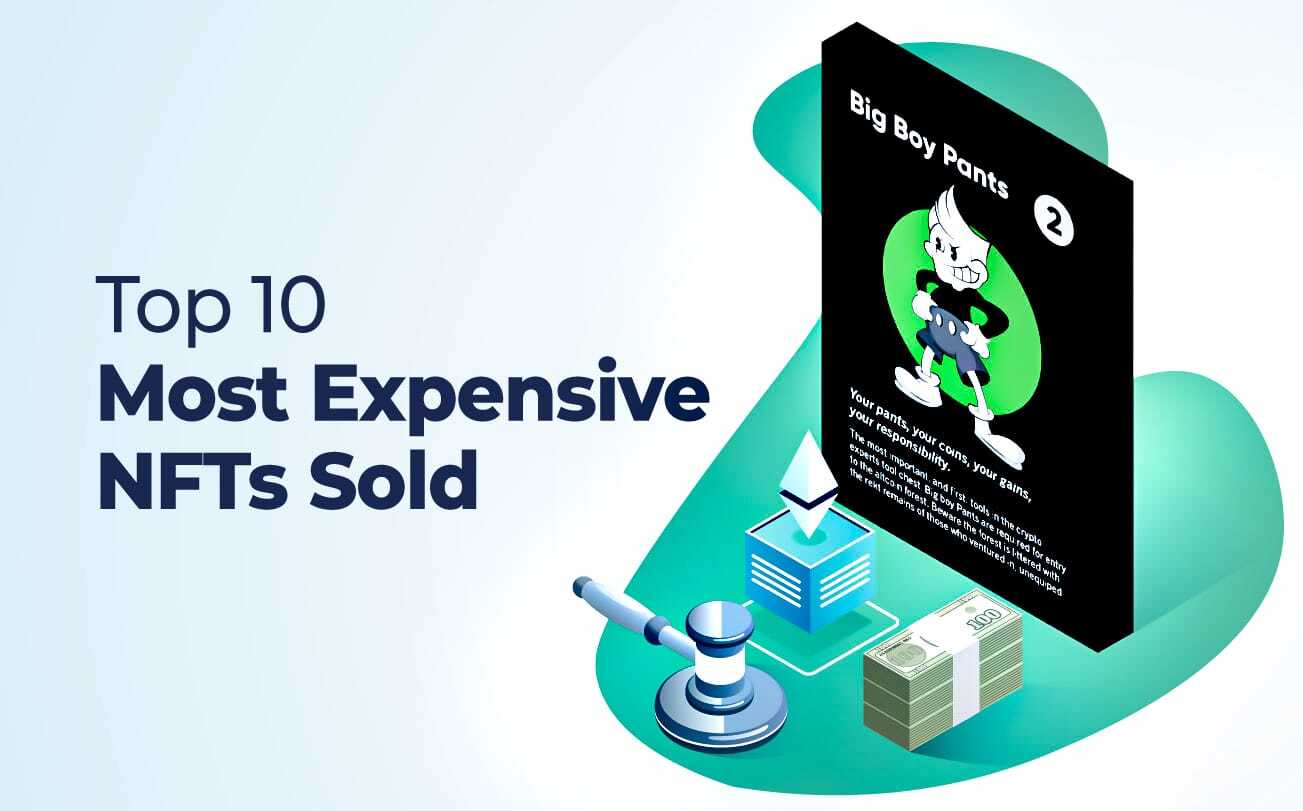 To put it simply, non-fungible tokens or NFTs are nothing but simply unique virtual objects that are known to be backed by blockchain technology, which as a matter of fact ensures that they cannot be replicated or counterfeited. Now, NFTs can be a video, a painting, a video game collectible item, an audio snippet, a GIF, or almost anything else you could think of.

In addition to this, though they are obviously not without fault, NFTs certainly seems to be a bastion for creativity in the virtual or online space. In other words, despite of being around for quite some time now, NFTs have only managed to rise to real prominence in 2021 are can easily be bought and sold over various exchanges available online and are stored on the blockchain itself. 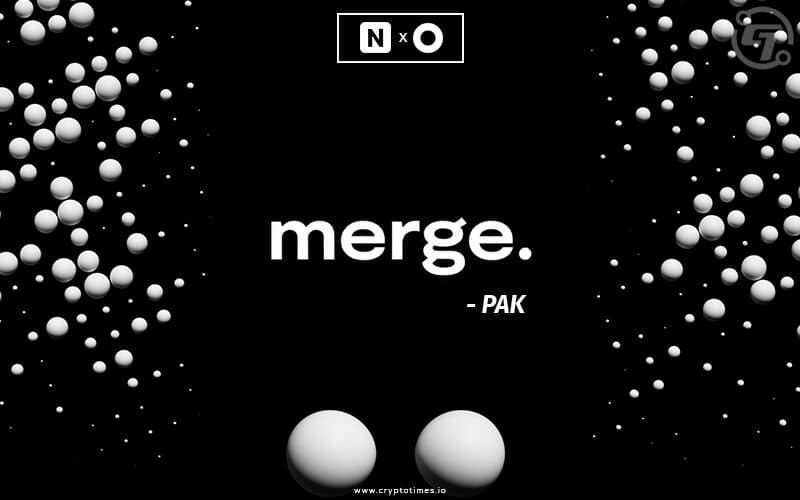 The Merge is simply a virtual artwork that has been created by an anonymous digital artist nicknamed Pak and was sold on December 6, 2021, for about 91.8 million dollars on the NFT decentralized marketplace Nifty Gateway. However, as per reports, the piece was said to be fractionalized to nearly 312,686 pieces, which were distributed to 28,983 buyers.

Having said that, the catch here is the fact that, The Merge was a single artwork that was composed of a collection of masses that users could easily buy. Also, these pieces could be stockpiled in order to make a bigger mass and then sell it on the secondary market. By the end of the said sale, about 91.8 million dollars was spent, thus making it the most expensive NFT sold to date. 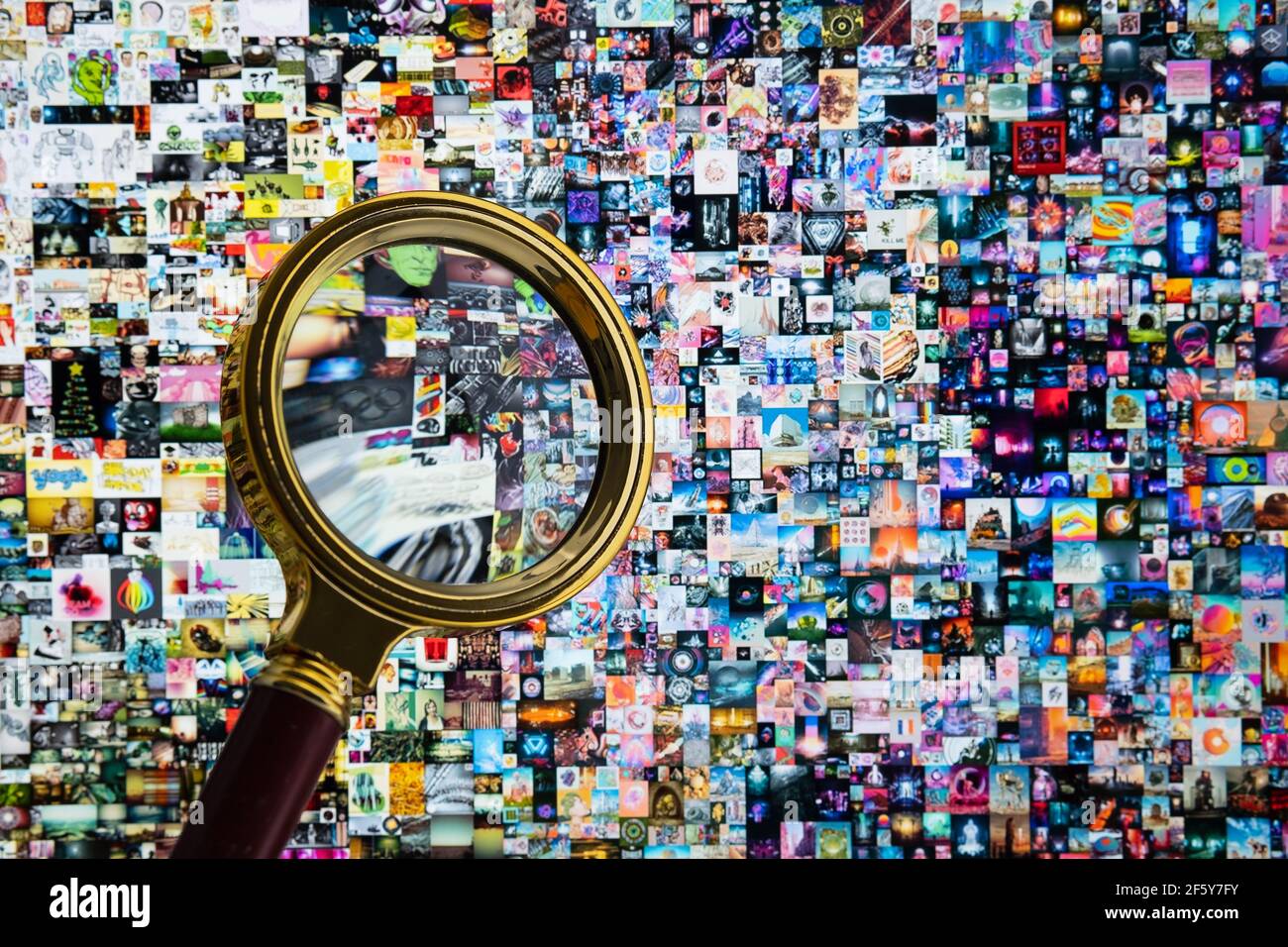 The First 5000 Days is another Beeple piece and is said to be the most expensive NFT to have been sold to one sole owner and there is a good reason for it! Beeple’s artwork is so high tier and is much respected within the community and this piece essentially is a collage of about 5000 pieces of his work. Furthermore, starting all the way back in 2007, he pledged to create one piece of art every day and this is more or less the result of the same. Needless to say, it was worth the effort. Speaking of Clock, it is simply a piece that has been created by Pak and Julian Assange and is said to almost act literally as a clock, counting the days that WikiLeaks founder Assange was imprisoned. Apart from that, the overall aim of this particular NFT was to raise funds for Assange’s legal defense and was actually later purchased by AssangeDAO, which is a collection of over 10,000 people said to be pooling their money in order to purchase the NFT and support Assange. Talking about the HUMAN ONE, it is a rather dynamic, life generative sculpture that was created by Beeple, composed of an astronaut shown wondering across shifting environments and can change depending on the artist. Moreover, Beeple has actually made a promise to update the Human One during his lifetime so that the art will never remain static! I think it goes without saying that, the concept managed to attract numerous investors at Christie’s but it was crypto billionaire, Ryan Zurrer who snapped it up for nearly 29,985,000 dollars on December 9, 2021. 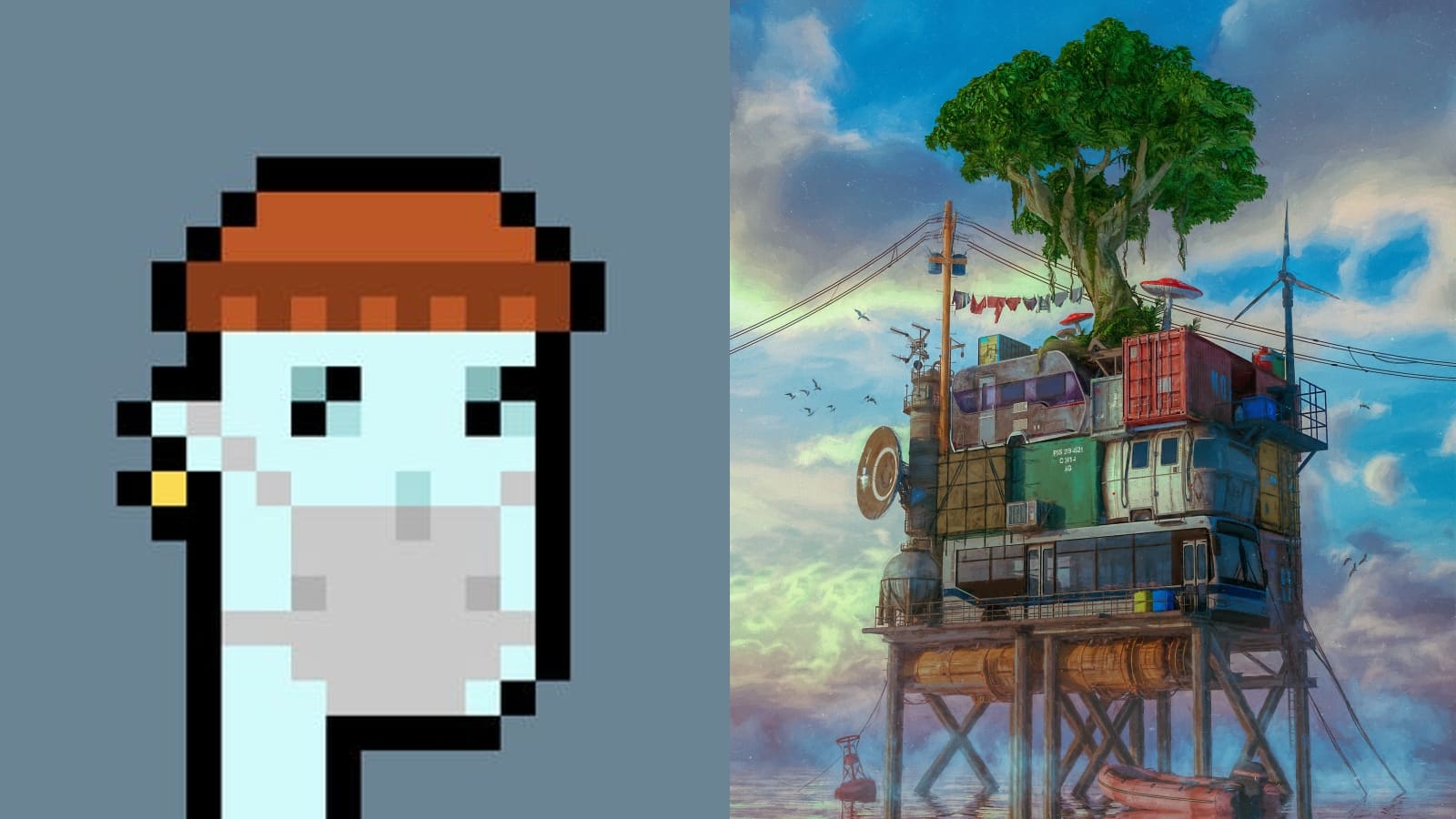 The CryptoPunks is an NFT collection that is known to consist of several uniquely generated characters that are based on the Ethereum blockchain. Other than this, in June 2021, London’s auction house Sotheby’s saw CryptoPunk #7523, also dubbed “Covid Alien,”, which was sold for about 11.75 million dollars, thus making it the most expensive CryptoPunk sold to date. Also, the NFT is said to belong to a series of rare aliens, which consisted of 9 ‘Alien Punks’.

Xcopy, which is said to be known for his dystopian and death-themed works, has recently created the Right-click and Save As Guy. He actually is known to have given his name to his NFT artwork as a joke for those who think that non-fungible tokens are not that special as they can easily be right-clicked and downloaded. Not just that, the NFT image was auctioned on the decentralized marketplace Superare, sold for about 1600 ETH worth around 7.09 million dollars on December 10 to Comozo de Medici.

Moreover, interestingly enough, the buyer’s alias is known to belong to no other than the hip hop legend and global celebrity, Snoop Dogg. Art Blocks is nothing but a storefront for genuinely programmable and on-demand generative artwork that is said to be stored directly on the popular Ethereum blockchain. Also, it is probably worth noting that, Ringers #109 is one of the artworks from their collection of 99,000 Art Block NFTs. Crossroad is largely an animated nonfungible token that is known to have been created by Mike Winkelmann, who is better known for his artistic pseudonym Beeple. In other words, Beeple’s Crossroad is nothing but just a short 10-second movie of sorts that is said to depict people walking past a large, fallen body with insults written all over it. Also, Beeple’s works are so highly respected as they are known to offer something that is slightly different from what we see in the case of regular NFTs and if that’s not enough, I believe the price speaks for itself! This changed everything just like all others is an NFT of the source code used for one of the earliest versions of the World Wide Web. Apart from that, it does come with several other perks for the owners as well such as a virtual poster of the code written by him, a few time-stamped documents that recorded the history of the internet in its early days as well as a letter written by Sir Timothy John Berners-Lee, an English computer scientist, who was also the inventor of the internet! 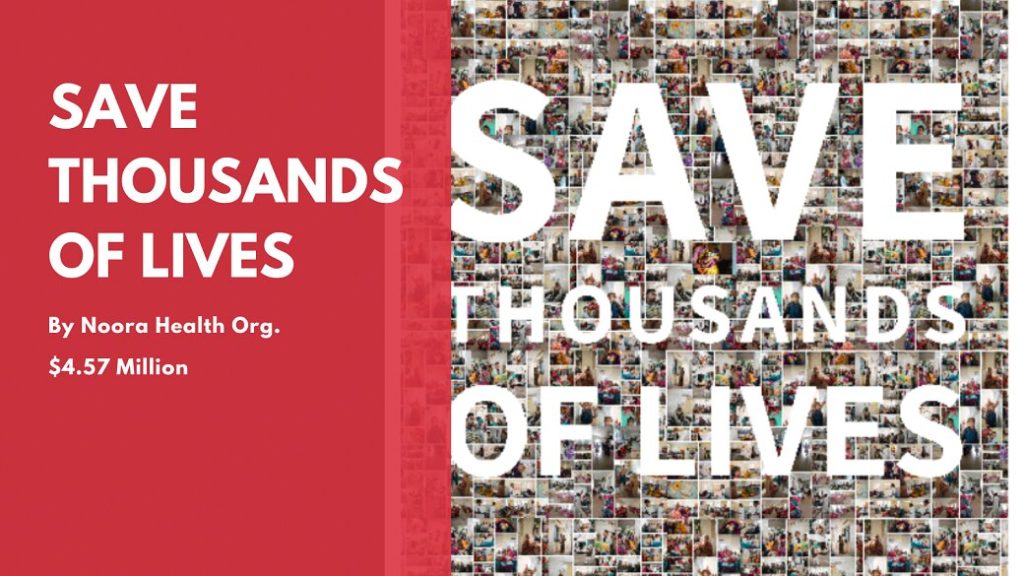 Noora Health, an organization that saves the lives of patients at risk in South Asia is known to have created the Save Thousands of Life NFT in order to help them raise funds. On a similar note, this particular artwork has managed to make it to the top list of most expensive NFTs with a selling price of over 1337 ETH, worth somewhere around 4.5 million dollars in May 2021. Know that the profits were allocated to the organization’s program aimed at saving the lives of newborns instead.

Reading so far, I hope you must have gotten a fair insight into some of the most expensive NFTs ever sold and I believe, now you’ll be much more interested in knowing about other existing and upcoming NFTs and trading them online!

In conclusion, what are your thoughts on some of the most expensive NFTs ever sold? Do let us know in the comments area below. To know more about various cryptocurrencies, do check out other articles we have on our website. Thank you for your time & if you found our content informative, do share it with your investor friends!