Top 8 Executives Of SoftBank Made $64 Million After Record Profits 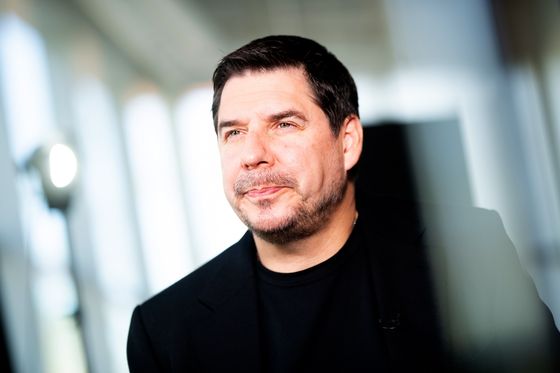 SoftBank has yet again shown that it is willing to pay the highest compensation in the country of Japan. Eight top executives of the company were recorded to make more than a total of $64 million the previous year after the company reported the recorded profits.

Simon Segars, the head of one of the small units in the company- Arm Ltd., made to the top of the list by acquiring a paycheck worth of 1.88 billion yens which round up to around $17 million, last financial year which ended in March 31, said SoftBank in a statement on Thursday. Marcelo Claure, who is the Chief Operating Officer at SoftBank, was the highest paid executive the previous year, was second in the list with a total earnings of 1.8 billion yens. The Founder of SoftBank- Masayoshi Son, too, saw his pay halved to 100 million yen.

The company has gone through a roller coaster as it went from reporting one of its widest loss ever due to a few missteps like WeWork, to setting up a new profit record, as other investments of the company paid off well.

Almost 5 trillion yens worth of net income for the previous fiscal year was recorded by the company. Most of this capital came from a chain of successful public listings by a group of companies in its Vision Fund which include Coupang Inc. and DoorDash Inc.

The stocks of SoftBank almost doubled in the last year because of the unprecedented share buyback of a total of 2.5 trillion yens, which improved the company’s prospects.

The head of the Vision Funds- Rajeev Misra, earned 931 million yens, most of which came to him in the form of base pay at the unit.

Katsunori Sago, who resigned as the chief strategy officer, at the end of the last fiscal year, earned 250 million yens, which is less than a quarter of the former executive of the Goldman Sachs Group Inc.’s pay the previous year. Ronald Fisher, SoftBank Group’s vice chairman, ended up earning 917 million yen.

Unfortunate for Simon, as he was not able to make it to the last year as his pay was below 100 million yen, received a bonus of 1 billion yen along with his earnings of 700 million yens from the stock compensation.

The remuneration tallies for Misra, Claure and Sago did not however include some of their pay as their posts as the group’s executive vice presidents after the month of November, last year, when all the three stepped down from SoftBank’s board.