In the last two weeks, the crypto market has wiped away approximately $400 billion (Rs.30 lakh crore) of investor value. The top 20 names, which include stable coins like Bitcoin and Ethereum, have plunged by more than 50% from their 52-week highs. Bitcoin dropped to Rs.22.35 lakh before recovering, while Ethereum dropped to Rs.1.53 lakh.

All in tiny tokens is more difficult and painful. The biggest surprise has been the value of Luna, which has dropped from Rs.6,000-7,000 a few months ago to nearly zero on 13 May. Luna’s issues stem from the demise of its sister coin Terra.

“The entire portfolio is down by 60%.” Though it is tempting, I lack the conviction and cash to purchase more. “I am definitely considering abandoning crypto now if I get an out,” said Gopala Somani, a trader based in Delhi.

The crypto meltdown is the “I told you so” moment that many financial gurus have been waiting for for nearly three years. They are already gloating about the precipitous drop in cryptocurrency values. “Let this Luna disaster serve as a warning. Most cryptocurrencies will perish sooner or later. “Cryptocurrency is only a trend to drain money from newly wealthy individuals in undeveloped countries,” tweeted Sadaf Sayeed, CEO of Muthoot Microfin.

The crypto sector, for its part, is putting up a bold front.

“The large drop is a global phenomena caused mostly by macroeconomic trends like as rising inflation, interest rate hikes by the US Federal Reserve, and the Russia-Ukraine war,” explains Nischal Shetty, Cofounder and CEO of WazirX. “In India, we have seen a buying the dip sentiment since April, indicating that there is still investor confidence in the market even at current levels,” he says.

Many crypto advocates, like him, are hopeful that this storm will pass shortly.

“The sentiment is low, exactly as it was when cryptos were prohibited in India in 2017,” says Amit Nayak, Co-founder and CEO of SahiCoin, a website that promotes crypto investing. 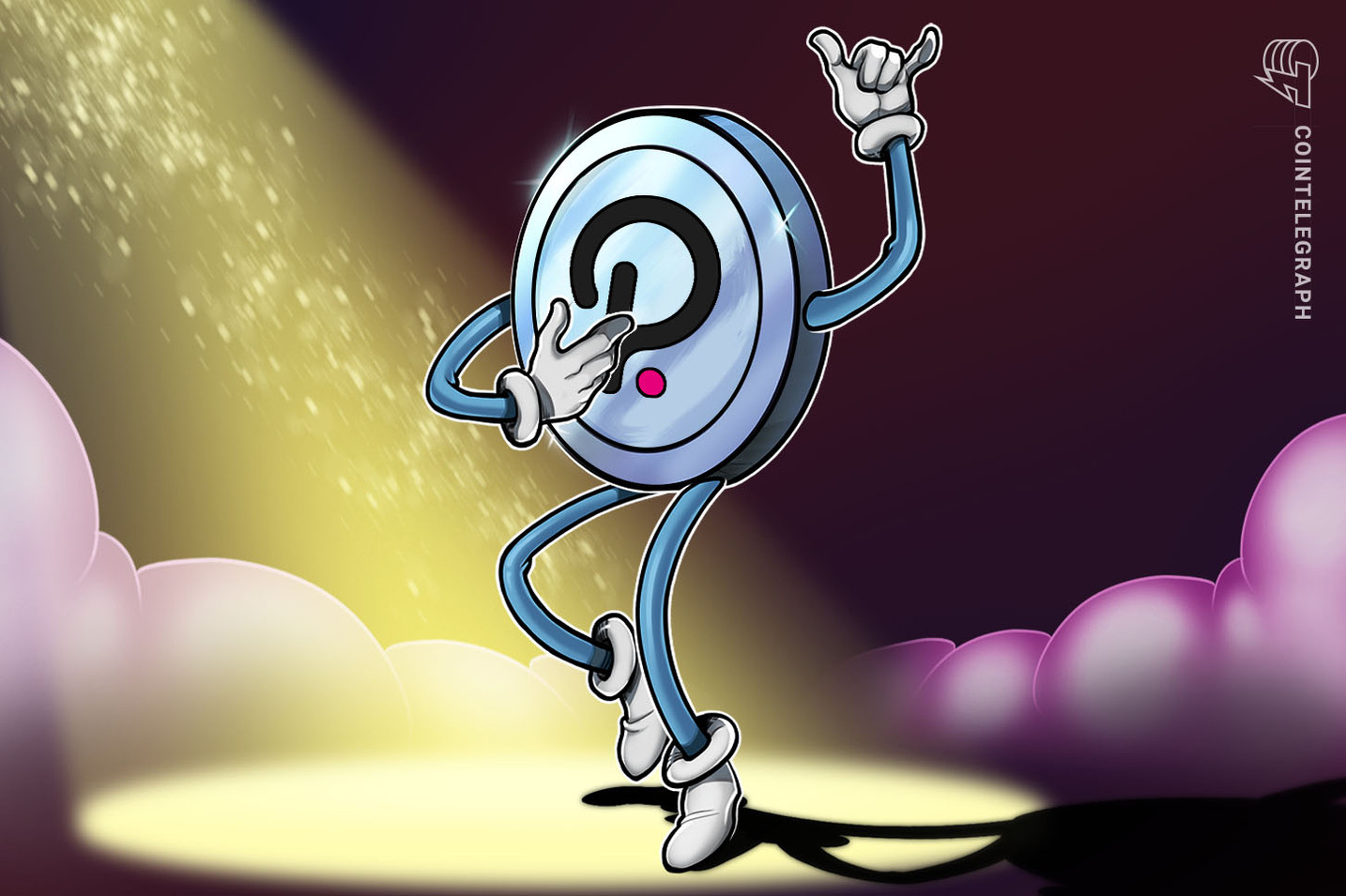 Due to the UST de-pegging, LUNA’s pricing fell as low as 13 cents the prior week. According to Bathija, the accompanying adverse sentiment resulted in nearly $200 billion in crypto market capitulation in just two days.

Even as the price of bitcoin went below $30,000 last week, all eyes were on banks that added bitcoin to their balance sheets. “MicroStrategy, Tesla, and other institutions purchased Bitcoin last year; as the price plummeted, their wager on Bitcoin went below the company’s average purchase price.” These businesses were reporting unrealized losses. Companies were not the only ones who suffered BTC losses on paper; El Salvador also suffered losses on its BTC bets,” Bathija explained.

Following the introduction of new tax rules in this year’s budget, the environment for crypto investors in India has deteriorated. There is a flat 30% tax on all gains, regardless of the investor’s income level. Even those with no income must pay a 30% tax on gains from cryptocurrency trading. Worse, losses in one cryptocurrency cannot be offset by profits in another. On sale transactions, there is also a 1% TDS.

According to Forbes, the implosion has wiped roughly a trillion dollars from the larger cryptocurrency market, decreasing total market capitalization to its lowest level since late 2020. Luna, the cryptocurrency that underpins terraUSD, has lost about 99 percent of its value in the last five days, costing investors a total of $25 billion.

Luna is an outlier in the cryptocurrency markets. TerraUSD is an algorithmic “stablecoin” that aims to closely match the value of the US dollar. To accomplish so, it employed a computer programme to buy and sell Luna, a cryptocurrency it keeps in reserve in order to keep the value of terraUSD stable. However, when Luna crashed, so did terraUSD, which is no longer valued at parity with the US currency.

Analysts are concerned that this is producing a rippling effect on the larger cryptocurrency market. Bitcoin is currently priced around $29,000, down over 18% in the last five days. According to Forbes, other cryptocurrencies such as Ethereium, Solana, Cardano, and others are down anywhere from 25 to 33 percent.

This crash emphasises the instability of the bitcoin industry and comes on the heels of a similar crash in another blockchain-based technology. According to statistics acquired by the Wall Street Journal, NFT sales are down 92 percent as owners hold onto their assets in the face of public anger. NFTs, and blockchain technology in general, are commonly perceived as harmful to the environment and attempts to prevent global climate change. Due to the UST de-pegging, LUNA’s pricing fell as low as 13 cents the prior week. According to Bathija, the accompanying adverse sentiment resulted in nearly $200 billion in crypto market capitulation in just two days.

Even as the price of bitcoin went below $30,000 last week, all eyes were on banks that added bitcoin to their balance sheets. “MicroStrategy, Tesla, and other institutions purchased Bitcoin last year; as the price plummeted, their wager on Bitcoin went below the company’s average purchase price.” These businesses were reporting unrealized losses. Companies were not the only ones who suffered BTC losses on paper; El Salvador also suffered losses on its BTC bets,” Bathija explained.

The price of Ethereum climbed by 2.72 percent in the previous 24 hours to $2074. ETH’s price has dropped 15.84 percent in the last seven days. It is presently the second most valuable crypto asset in terms of market capitalization.

Even significant players such as ETH are vulnerable to the crash. In recent days, the cryptocurrency has lost value as a big section of the market has fallen. Ethereum is currently selling at roughly $2,000 per token as of this writing. This is the most expensive pricing since July 2021.

Investors who are asking what triggered the cryptocurrency drop have several options. The persistent economic pressure is one example. This is due to rising interest rates, rising inflation, concerns of a recession, and Russia’s and Ukraine’s war.

The price of Binance currency climbed by 5.08 percent in the previous 24 hours to $302. BNB’s price has dropped by 13.7 percent in the last seven days. It is presently the fifth most valuable crypto asset in terms of market capitalisation.

Binance Coin’s price has dropped around 31% in the last five days and is now trading at $276. The downturn has paused for the time being, with BNB trading around the $253 to $308 demand range. A collapse is likely as purchasers fail to keep up with the general selling pressure.

If the Binance Coin price closes below $253 in three days, it will signal a breakout and a 13 percent drop to the immediate support level of $222. Price action will most likely sweep below this level in order to collect liquidity.

The price of the XRP coin climbed by 4.19 percent in the previous 24 hours to $0.4383. The price of XRP has dropped by 21.94 percent in the last seven days. It is presently the sixth most valuable crypto asset in terms of market capitalisation.

In the last 24 hours, the price of Solana grew by 11.46 percent to $56.07. SOL’s price has dropped by 25.27 percent in the last seven days. It is presently the eighth most valuable crypto asset in terms of market capitalisation.

Solana (SOL) has dropped more than any other top ten cryptocurrency today. While Bitcoin (BTC) is down roughly 8% and Ethereum is down 10%, Solana has down by more than 30%, according to CoinMarketCap statistics.

It’s unclear why Solana suffered more than other currencies, although the anxiety caused by Terra’s LUNA’s demise may have had a disproportionate influence on Solana. Solana’s recent problems may cause investors to be even more sceptical, especially because it is obvious that being the largest cryptocurrency by market capitalization is no guarantee against calamity. As investors consider the risk of a crypto winter, they may ask if Solana can survive.

The price of the Cardano cryptocurrency surged by 12.56 percent to $0.5872. Within the last 24 hours ADA’s price has dropped by 18.40 percent in the last seven days. It is presently the seventh most valuable crypto asset in terms of market capitalisation.

In the previous 24 hours, the price of popular memecoin Dogecoin (DOGE) grew by 2.07 percent. DOGE is now the tenth most valuable cryptocurrency by market capitalisation. DOGE was trading at $0.08974 at the time of this publication.

Dogecoin reached an all-time high of $0.74 in the first week of May (the Dogecoin price in India at the time was Rs. 54.06), but it has since fallen. Other cryptocurrencies have been hit by the market meltdown as well; for example, the Bitcoin price in India fell to Rs. 25,34,271 earlier this week, compared to a high of Rs. 48,79,220 in April. Dogecoin’s value has also plunged by roughly 50%, reaching a low of Rs. 21 on May 23. It has since risen somewhat and is now just under Rs. 24 at the time of writing.

(DOT) and Avalanche (AVAX) prices have risen by 3.5 and 6.52 percent in the last 24 hours, respectively. On CoinMarketCap, DOT and AVAX are now rated 11th and 12th, respectively.

This week’s crypto meltdown provided several lessons. Even the most popular cryptocurrencies, like as Terra, can experience overnight losses and struggle to stay afloat. The concept of decentralised algorithm stablecoins like TerraUSD is intriguing, but it need a stronger method. In times of crises, centralised stablecoins like Tether (USDT), which are frequently chastised for having insufficient cash reserves, appear powerless.