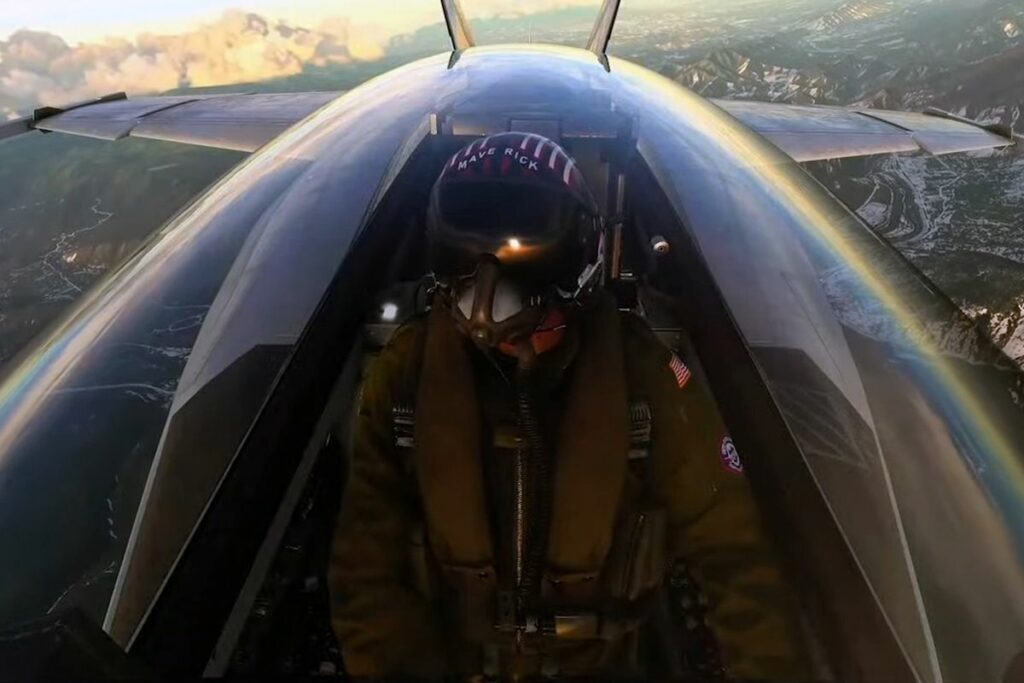 The Top Gun expansion for Microsoft Flight Simulator was supposed to be released later this year, but the expansion has now been postponed to March 2022 after Paramount studio confirmed that it would delay the Movie. Paramount announced that the long-awaited sequel to Top Gun will be delayed by six months.

The news comes just days after Paramount announced a series of delays and left the studio without a single theatrical release for the remainder of 2021. Earlier this week, Paramount Pictures announced that all studio films set to hit theaters in 2021 have been postponed to May 2022. The reason for the delta is the burden of COVID-19, which has created uncertainty in the film industry and reduced box office receipts for feature films.

The action film was originally scheduled to premiere in 2019, but Paramount Pictures delayed production, leaving more time to shoot the flight sequences. In a blog post, the studio confirmed that the start date for the expansion had been changed following the film’s postponed premiere. The action film is a sequel to the title film of the same name from 1986 in which Cruise plays the role of Pilot Pete “Maverick” Mitchell. Asobo did not reveal too much about what the expansion will entail. We have received many teasers for the expansion, including several release dates and delays. The studio also did not reveal how free it will be.

Originally scheduled for November 19, 2021, Asobo Studios and Paramount Pictures postponed the release of the Top Gun Expansion for Microsoft Flight Simulator. Microsoft showed fans screenshots of the planned expansion in June at E3 but it seems now fans have to wait till May till they get their hands on it. After the movie was postponed to May 27, 2022, Microsoft announced that the extension would follow with a delay to May 22, 2022.

Microsoft said in a statement posted on the Flight Simulator website that downloadable content for the film will continue to be available, but there will be a considerable wait of eight months for fans of the game. Both Asobo Studios and Microsoft had planned to release the DLC around the same time the film hit the big screen, but given the impending delay of Tom Cruises to May 27, 2022, it can be safely said that the expansion will be pushed back even further. The ripple effect will ripple through the studios “other releases and penetrate the gaming world as the expansion of Microsoft Flight Simulator’s Top Gun is delayed. Microsoft Studios announced the movie-based expansion at E3 during the Xbox and Bethesda Showcase. The delay for the game adds up to the release of the blockbuster’s new premiere on May 27, 2022.

Tom Cruise will return alongside other familiar faces taking the role of Lt. Pete “Maverick” Mitchell in the movie Top Gun Maverick, which was scheduled to release in theaters on May 27, 2022. The film has been pushed back from its Thanksgiving weekend theatrical release to May 27. The delay was prompted by fears that an increase in COVID cases could lead to lackluster box office sales. Microsoft announced in a brief statement that it had decided to postpone the release of the Top Gun sequel Mavericks.

This is due to concerns about the increase in COVID cases due to the Delta variant, which results in lacklustre box office sales. The team of the flight simulator reiterated that the release of the expansion will coincide with the release of the movie, which means that the movie will be delayed. In a short post published over the weekend, MS Flight Sim developer Asobo explained that the delay means that the binding DLC does the same. Asobo unveiled a free DLC expansion for its game at E3 2021 earlier this year, and in a trailer, from June we revealed how Tom Cruises’ own jet went into the flight simulator.