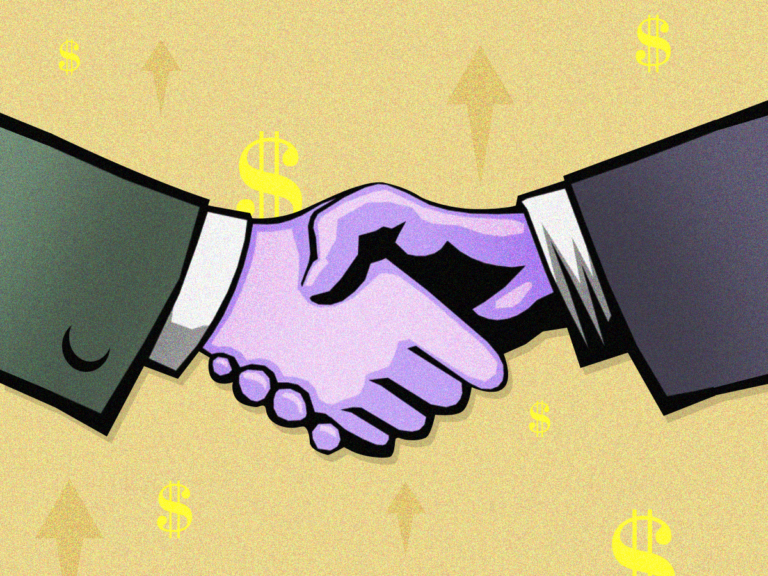 Top Startups Initiated by the Ukrainians

True, Ukraine and its people have had a rough last decade, but it hasn’t stopped the country from building a rapidly growing and high-quality startup ecosystem. As a result, the country’s ecosystem has been placed among the top 30 in the world, and Kyiv has been designated as a European Hub. This demonstrates that there are some top startups emerging from Ukraine, backed by some top personnel.

As a result, a number of corporations, including Google and Reddit, have decided to extend their operations inside the country. There have been a few high-profile investments, as well as some noteworthy venture capitalists involved in these companies.

Founded by Rodion Yeroshek and Ryzhkov Oleksandr Poster eight years ago, Poster is a Ukrainian SaaS firm based in Kyiv, Ukraine. The company offers cloud-based technology for Point of Sale to cafes and other similar companies (POS). This can all be powered by an iPad, saving organizations a lot of time and money in the long run.

As a result of this offering, the company has attracted more investment to fund its growth and development. During 2013, the company held a Seed Funding Round, and it was during that round that venture capital firm 908 Inc from California opted to make an investment.

Alex Lunkov, Anton Ruin, and Sergiy Chudnovkyy are the founders.
Epom Ad Server is a Ukrainian firm situated in Kyiv, Ukraine that was launched in 2010. For its customers, the company provides a whole software system that controls all of their advertising needs. Customers can use this platform to run a variety of various ad formats, making it quite versatile.

The company was able to persuade an investor of the brand’s potential. As a result, the company has been able to secure a startup.

3. The Unexpected Year Incorporated in 2013

Nick Nikolaev and Victor Teslenko are the founders.

Casual is a Ukrainian startup that was launched in 2013 and is based in Kyiv, the country’s capital. The company provides an online project management application that enables teams to collaborate effortlessly by utilizing a number of features, including visual workflows. This means that businesses may undertake tasks more efficiently, saving time and resources.

Although the company has grown significantly since 2013, the founding team believed that more funding was required to take it to the next level. As a result, the company launched a Seed Funding Round in 2014 to raise the funds, and GrowthUP invested in the company.

Founder(s): Mamed Khalilov Morbax is one of Ukraine’s most exciting startups, founded in 2016 and based in the country’s capital. The company has an online platform that allows users to manage candidate recruitment, scoring, and ongoing development once they are hired. This solution enables firms to streamline their human resource operations, increasing overall operational efficiency.

Dmitry Zhgenti is the founder(s).
CADLAB is a Ukrainian firm based in Kyiv that was created six years ago. The company runs on a SaaS platform that provides Git version control repositories over the cloud. These repositories are used to optimise the hardware development process. This makes the entire development process much easier to finish and saves a significant amount of time.

Two venture capitalists have contributed to the company’s success. The first of these was carried out in 2018, and the second the following year. This money was used to help the Russian startup’s development.

Eve is a Ukrainian SaaS firm that was created five years ago and is based in the country’s capital. The startup has created a human-like AI bot that boosts the efficiency of sales and customer service teams by transferring time-consuming calls and notifications from people to the bot. This has made life much easier for businesses that use their software.

Despite the sophisticated nature of its service, the company has not yet sought or acquired startup investment. Regardless, a business of this nature will eventually require funding for research and development, which I don’t see Eve having any trouble obtaining.

Eugene Zimin is the founder(s).
PriNum is a Ukrainian mobile payment software firm based in Kyiv, Ukraine, that was formed in 2013. The company distinguishes itself through the modifications it has made to the mobile wallet ‘genre,’ such as social media features. The startup has already formed payment alliances with some of the world’s most recognisable brands, including Visa and Mastercard.

Warsaw, Poland is the headquarters.

Alexey Zinchenko, Dmitry Shurkayev, Valery Yurikov, Yaroslav Dubov, and Yurii Fomin founded the company.
Ninja Lender is a three-year-old B2B financial firm that has decided to relocate from Ukraine to Poland’s capital city. The company creates a marketplace through which businesses can purchase rejected loan applications in order to retarget these clients and try to meet their needs where previous lenders failed. This model has led to the company’s early success.

Despite the fact that the company is only three years old, it has already amassed a significant amount of startup investment totaling $118,100. This was accomplished by a pair of investors, with the most recent investment being as recently as May 2021. This demonstrates that the company is still actively pursuing aggressive future expansion.

Daria Leshchenko is the founder(s).
SupportYourApp is a Ukrainian startup based in Kyiv that was created at the beginning of the past decade. The company today employs a large number of people and has been expanding since its inception. Customer service is provided by the organisation through human and technological outsourcing. They are looking for Unicorn level startups as well as other firms all across the world.

The company has received outside financing to help it grow and thrive in the next years. The first was a Seed Funding Round in early 2014, and the second was a Venture Round in late 2017, more than three years later.

Ivan Zhuravel, Nikita Tsarenko, and Serhii Matsenko are the founders.
Clubberspot is a Ukrainian startup formed in 2018 and headquartered in Kyiv, Ukraine. The company runs an online marketplace that connects DJs and other performers with event bookings that require talent. This greatly simplifies and shortens the process of finding a gig and a performer.

The company has been successful in attracting startup capital to help with the continued development of both the platform and the business itself. This cash comes from a Seed Funding Round that took place in 2018. The entire value of this investment was $200,000.

Yaroslav Lvovych is the founder(s).

TravelPost, which was launched in Ukraine four years ago, is one of Russia’s most intriguing companies. The company is based in Kyiv and features a C2C crowd shipping platform where customers can request that items are picked up for them and someone on the platform can take that order and transport the goods while earning money.

With the sophistication of its business model and service offering, the company has managed to attract funding from a pair of investors. These investors contributed a total of $520,000 to the company across multiple funding rounds in 2018 and a single investment round the following year.

Founder(s): Denis Okhrimenko Ugears is a clever startup that was created seven years ago and is currently based in Kyiv, Ukraine. The company is known for creating build kits for a wide range of self-propelled and interesting designs, such as dragons, trains, and cars. These kits are appropriate for people of all ages and provide a great deal of insight into how mechanical engineering principles work.

The company has successfully persuaded the general public that they have a lot to offer. The fact that the company was able to raise a total of $707,000 in startup capital is general proof of this.

This investment was obtained through a pair of equity crowdfunding rounds, one in 2015 and the other in 2017.

Eugene Hotyanov and Evgeniy Kozlov are the founders.
Bookimed is a Ukrainian healthcare startup that was founded in 2014 and is currently based in Kyiv, Ukraine. The organization runs a platform that allows consumers to find the greatest medical facilities possible when traveling, ensuring that they are secure no matter where they are. This goal will assist individuals all over the world in gaining access to far higher standards of healthcare.

Founder(s): Yurii Lebid Pharmaxi is a medical and clinical trials startup that was created in 2013 and is based in Kyiv. The organization is one of the country’s few professionals in this field, and they handle the entire trial administration procedure, right down to the documentation that must be completed.

The firm has developed tremendously in the eight years since it was formed, and while it has not yet gotten startup investment, it is only a matter of time before an investor chooses to put their money where their mouth is.