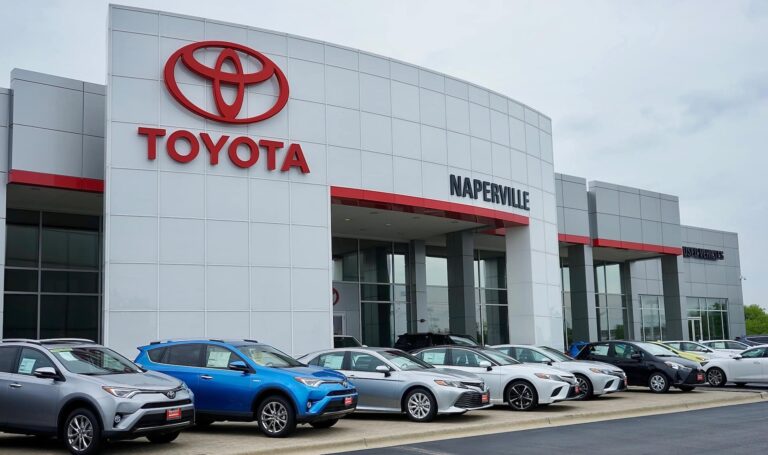 Toyota said on Tuesday that it is happy to use scratched or blemish parts from supplies. The decision comes as one of the world’s biggest automakers is trying to cut costs as the world is going through shortages. Chip shortage and rising materials costs have put automakers in a tough position, where the product prices are predicted to increase drastically in coming years.

In the past, the company had a significance for quality control and for using Japanese manufacturing practices. The idea of using used parts would have been thrown away in the past. This is a significant change for the automaker which often prioritised perfection over speed to market.

Takefumi Shiga, Toyota’s chief project leader for vehicle development said during a press briefing, “We are careful about the outside of our vehicles, the parts you can easily see. But there are plenty of places that people don’t notice unless they really take a good look.”

Toyota’s operating profit outlook was raised in the last month to 12% for the upcoming March. However, as the shortage of semiconductors and rising material costs continue it looks like the company had to make this decision. The challenges were already hurting the underlying profits for the automaker.

Not affecting vehicle safety and  performance

Shiga and other Toyota engineers met with component suppliers as a part of expanding the program in 2019. Even the third-tier ones were met to assure that the scratches and blemished parts are acceptable as long as they do not affect the major concerns. Like vehicle safety and performance are the two main aspects that should not be affected. As long as other changes are unlikely to be noticed by the car buyers.

Shiga said, “It requires some courage on their part.” Automakers are pushing themselves for various options from recycling components to using scrapped parts. In the US, not only electric vehicles manufacturing is encouraged by the government, but also the recycling of battery materials and other part manufacturing. Under Joe Biden’s administration, these plans are part of carbon emissions reduction goals.

Toyota’s move mainly comes with the prediction that the situation is not going to improve anytime soon. Many automakers like General Motors, have stated that that the supply chain crisis is expected to continue to 2022. It comes especially after they have told the opposite during early 2021. Despite the challenges, the production and developments continue by looking at various other available options.