Polygon (MATIC), a layer 2 solution for Ethereum’s crypto darling, has gotten a lot of great press for its quick transactions and minimal costs. Its potential is thought to be substantial by some, and it is now attracting the interest of investing whales, with two venture capitalists apparently in talks to buy massive amounts of their tokens. 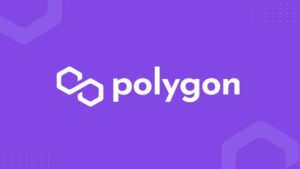 Polygon, a scaling solution that uses sidechains to connect blockchains and decentralized applications to Ethereum, had a golden year in 2021. This has coincided with the rise of NFTs, which make it easier to transact on Polygon’s services. Transactions of Ethereum over the Polygon layer result in minimum gas fees and transactions that finalize instantly, according to Shrimpy Academy.

Sequoia Capital India and Steadview Capital (based in London) are both in serious talks to invest heavily in Polygon, according to Manish Singh of TechCrunch. The duo is thought to be interested in purchasing between $50 million and $150 million worth of MATIC native tokens, which would be a big investment in the crypto, which currently has a market cap of $16.5 billion.

Furthermore, if an agreement is reached, it’s likely that these two companies will be able to complete their large purchases at a discount, which Singh estimates may be as much as 20% off the previous month’s average price.

If a deal with Sequoia Capital India is reached, it will indicate a significant shift in the South Asian industry, where venture capitalists and investment managers have hitherto been reticent to back Polygon, which is based in India.

Some early MATIC investors in that region were said to have demanded and obtained refunds when their investments fell victim to a downturn around the time of the company’s launch in 2019. However, it has subsequently grown in popularity and acclaim, with prominent businessmen such as Mark Cuban praising it earlier this year.

Polygon’s characteristics have lent themselves to a number of hot crypto concepts, like the aforementioned NFTs and DeFi (Decentralized Finance). Ease of use, quickness, and efficiency are all important to these users.

There is no official framework or terms available at this time because no contract has been formally reached with either investment entity. Polygon is currently trading at $2.34 as of this writing.

Polygon’s MATIC value fell 10% to Rs 156 on Saturday, after increasing more than 40% in the previous week. This is due to a drop in broader market values after the founder of Evergrande, a Chinese property developer, was summoned following a declaration that the company might not have enough funds to meet its financial obligations.