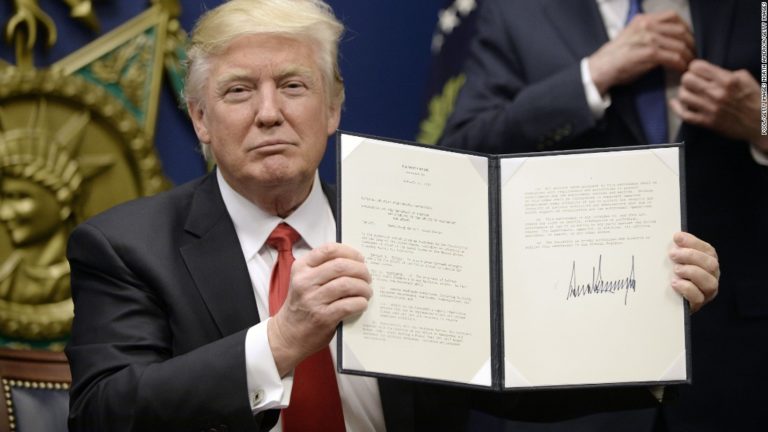 Tech Community Reacts After Trump’s Travel Ban Was Announced In The U.S.

Airbnb’s cofounder and CEO Brian Chesky wrote on Facebook that “Airbnb is providing free housing to refugees and anyone else who needs it in the event they are denied the ability to board a US-bound flight and are not in your city/country of residence.” He even gave his official mail id for people to reach out to him for more details.

Even Facebook’s CEO Mark Zuckerberg wrote in his post that U.S. is a nation of immigrants and it should be proud of that. Expressing his concerns for President Trump’s move, he stated that we need to keep this country safe, but we should do that by focusing on people who actually pose a threat. Expanding the focus of law enforcement beyond people who are real threats would make all Americans less safe by diverting resources, while millions of undocumented folks who don’t pose a threat will live in fear of deportation.

Elon Musk in his tweet expressed that the blanket entry ban on citizens from certain primarily Muslim countries is not the best way to address the country’s challenges. In expressing his concerns he tweeted that,

Many people negatively affected by this policy are strong supporters of the US. They’ve done right,not wrong & don’t deserve to be rejected.

In his mail to employees, Uber’s CEO Travis Kalanick stated that Uber is working out a process to identify the driver affected by the blanket entry and compensate them pro bono during the next three months to help mitigate some of the financial stress and complications with supporting their families and putting food on the table.

Even the Indian origin CEOs of the tech giant Google and Microsoft expressed their concern for the order. Micosoft’s Satya Nadella stated that “as an immigrant and as a CEO, I’ve both experienced and seen the positive impact that immigration has on our company, for the country, and for the world. We will continue to advocate on this important topic” and Google’s Sundar Pichai shared his concern over twitter for one of Google’s employees.

For generations, this country has been home to immigrants like Sanaz. Her story is playing out all over the country. Google is with you. https://t.co/mllnZ5gNDB

Twitter tweeted from their official profile that twitter is built by immigrants of all religions. We stand for and with them, always.