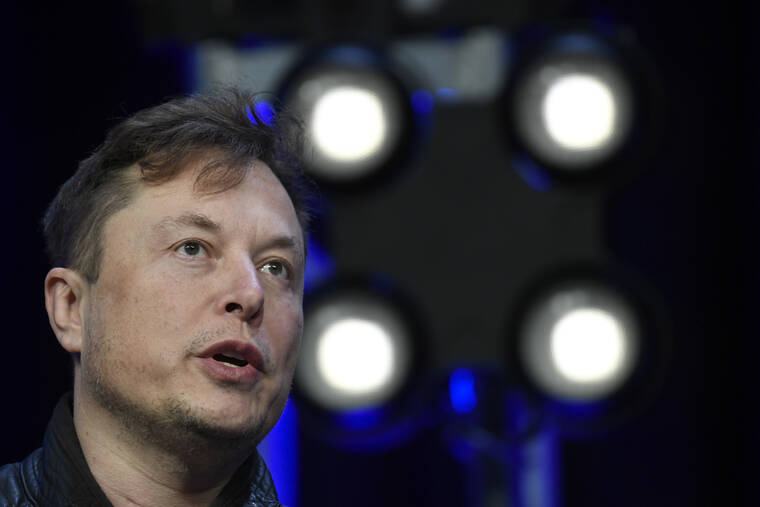 Elon Musk, the billionaire behind Tesla and SpaceX, described former US President Donald Trump’s “Truth Social” app as a “Trumpet” of a “right-wing echo chamber” in Washington.

The $219 billion richest man in the world stated that he purchased Twitter in order to make it “maximally trusted and inclusive.” The former President and Musk have already traded insults.

In a recent interview with the Financial Times of London, the billionaire attacked Trump’s social media programme, Truth Social, the Business Insider reported on Friday.

In essence, it is a right-wing echo chamber, according to Musk.

The billionaire claimed he purchased Twitter to prevent it from becoming into a rival to “Truth Social.”
“I don’t use Twitter for financial gain. It’s not like I’m attempting to purchase a yacht and am unable to do so. Musk continued, “I don’t own any boats.

“However, I believe it’s crucial that people have a highly reliable and open method of exchanging ideas, and that it should be as transparent and reliable as possible.”

In the past, Musk has stated that if he acquired Twitter, he would ease the company’s ban on Trump and other users, which may render the former President’s “Truth Social” irrelevant.

After being suspended from Twitter as a result of the Capitol siege on January 6, Trump started “Truth Social.”

‘Truth Social’ had a difficult launch. With almost 513,000 daily active users compared to Twitter’s 229 million, the social media app has a much smaller audience than Twitter.

Despite the fact that the two have previously traded insults, Musk claimed in the FT interview that he does not despise Trump. The Tesla CEO further stated that Trump was “not the ideal guy” for the position before he first assumed office.