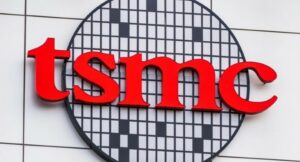 This week, Mark Liu, the Chairman of TSMC- Taiwan Semiconductor Manufacturing Company made a crucial announcement. He stated how incase Taiwan is invaded by China, it would result in the chip manufacturer’s factories ending up ‘non-operable,’ giving rise to a massive a ‘economic’ unrest on all parts around the Taiwan Strait.

Liu gave this particular statement at the time of an interview with CNN’s Fareed Zakaria. This went on air on July 31, taking place as US House Speaker Nancy Pelosi initiated her Asia trip. Reportedly, she is also set to pay a visit to Taiwan, pushing China to place warnings regarding ‘forceful measures’ as a result.

In the interview, Zakaria enquired regarding Taiwan’s position case it is invaded by China. To this Liu responded saying how a war would not any side as clear cut ‘winners’ as such. Clearly, the result of a clash of this kinds would end up going away beyond just semiconductors. Moreover, he stated, how it would end up destroying the regulatory order of the world, and entirely altering the geopolitical outline.

Further remarks from the TSMC chairman:

Responding to the enquiry regarding the chip manufacturer’s crucial part in the economy of China, Liu indicated how he mainly saw it mostly as a deterrent to the conflict than a threat. He indicated how such a war can only lead to leaving the factories ‘non-operable,’ proving that TSMC cannot be forcefully controlled.

He explained the logic behind this to be the elaborate refinement of the plants of the company, requiring a real-time link with partners throughout the globe on a range of issues such as chemicals, and revenue of the company.Taking China into account, he stated how presently, the company reported approximately 10% of the income of the chip manufacturer, emphasising on relation based on correlations.

Further, he elaborated on the issues about the invasion causing a massive which would make significant ‘economic’ issues on the sectors. He added how this would aid China owing to the disappearance of their components which are the most refined. He stated how one should learn from the ongoing war between Ukraine, and Russia where anyone taking part, are emerging as losers.

Taiwan, tech, and the threat of Chinese attack: Part 1 of my conversation with TSMC Chairman Mark Liu, from today's GPS pic.twitter.com/xTGR1ovEoC

Liu stated how China would never the ability to take over the economy in China when he was asked if people should not fear the warnings of Taiwan.