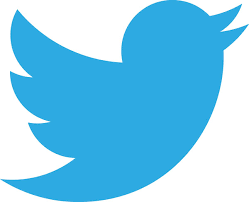 Twitter in its latest filing has accused the Tesla founder of hiding the conversation between him and his long-time friend former Oracle CEO Larry Elision. Twitter has relied upon the phone record of Elon Musk to back its claim, in the filing.  The conversation via texts between the two is significant as it took place a few hours before the world’s richest man announced abandoning of the Twitter deal.

The Timing of the conversation

According to the micro-blogging site Twitter filing, the exchange of messages between the two which started around noon on May 12, continued till the early morning of the next day. Reports bring out that, the decision regarding abandoning the deal from Musk came just four hours after text chats. Larry Elison reportedly is one of the largest co-investor in the Musk micro-blogging site Twitter deal.

Reportedly, Oracle CEO who has a long-time association with Musk has been one of the members of the board of directors who joined Tesla in the year 2008, he exited before Musk’s decision to buy Twitter in May this year. Oracle CEO is one of the highest investor in the Elon Musk deal with the micro-blogging site Twitter.

Headquartered in Austin, Texas Oracle was founded in the year 1977. The multinational company has spread its tentacles across sixty countries of the world. Oracle is mainly known for its database management services. Its CEO Larry Elipson decided to step down in the year 2014 after serving the company for thirty-five years.

The platform is “over a decade behind the industry’s best standard,” Mudge had said, also describing the situation as a “ticking bomb of security vulnerabilities.”.

“This is a big deal for all of us. They don’t know what data they have, where it lives and where it came from and so, unsurprisingly, they can’t protect it. It doesn’t matter who has keys if there are no locks,” Zatko had added.

Twitter has requested the Delaware Court to order Musk to purchase the micro-blogging site at a price decided earlier.