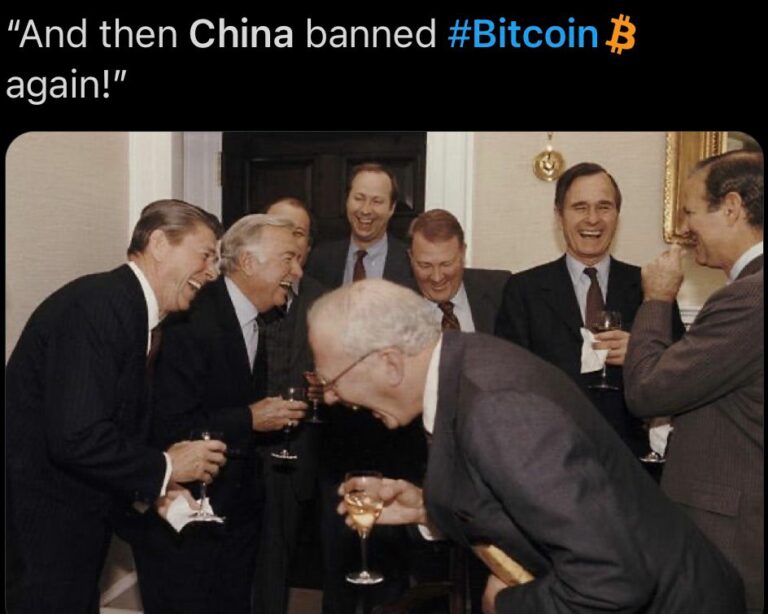 Twitter breaks into a riot of memes as China bans crypto…again.

China seems determined in its goal to put a full stop to all crypto-related transactions as it announces a ban on all cryptocurrencies yet again. If the data available is accurate, this is the seventh time China has announced a ban on cryptocurrency since the year 2013. The Chinese government has made it routine to ban crypto every now and then that it has lost its touch of solemnity and people consider it a joke, more or less. From the hilarious responses on Twitter following the announcement, one cannot help but wonder if people were patiently waiting for this ban with memes at the ready. 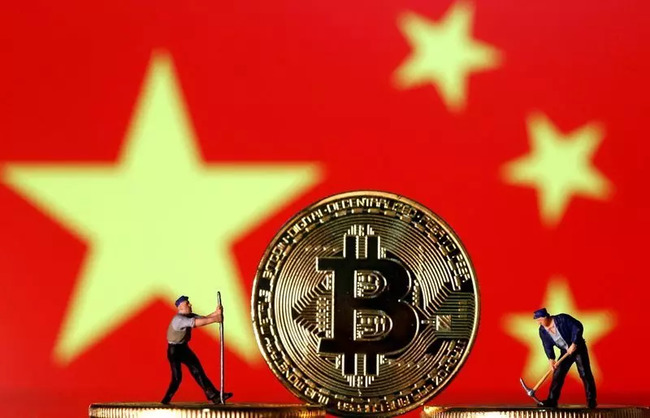 Perhaps the frequent banning exercise has added a joke-like quality to the whole scenario, however it might be just that China is actually serious this time and is sending a prior warning. According to the recent announcement by the Chinese central bank, all transactions related in any way to cryptocurrency are illegal and therefore, must be banned. China has been quite persistent in its effort to crack down on the industry. About ten Chinese government agencies are working together to maintain a high-pressure environment to facilitate a crackdown on all forms of speculative trading activities.

China’s aversion towards cryptocurrency is deep-rooted in the firm belief that crypto is too volatile to be considered a fiat currency and thus deemed illegal. Added to these are the elements of risk that are second nature to crypto in general. The security concerns and the financial instability are among the few reasons why the Chinese government is not enthusiastic about crypto trading despite the fact that crypto is being embraced by a multitude of leading companies all over the world.

In contrast to the previous restrictions on crypto mining which were imposed by local governments, this time a national crackdown will be launched by the National Development and Reform Commission. The announcement of the Chinese government has had a considerable impact on the crypto markets as Bitcoin dropped by 5 percent, followed by Ether and various other crypto stocks. The overall uncertainty looming over crypto in the wake of this announcement might result in some frenzied sell-off like the last time when the authorities made an announcement about a potential crackdown.

Although from a linear perspective, the news of the ban sounds rather serious, given the long history of ban after ban, it has lost the glaze of solemnity. It has come to a point wherein it has lost the element of surprise and people treat it more as a joke than something to be seriously worried about. This is well reflected in the Twitter responses following the announcement. However, we never know when the joke will actually turn serious. Till then let us leisurely go through the chain of responses on Twitter.

Am I the only one who is reminded of Taylor Swift’s song lyrics, “I think I have seen this film before and I didn’t like the ending.”

Haven't we seen this before? #cryptocurrency #Crypto #Bitcoin #China pic.twitter.com/GResUZFNkU

Why The West Can't Ban Bitcoin The Way China Did https://t.co/OR7j6HMNyc

China never gets tired of this game.

Is this your first China ban? #bitcoin #crypto pic.twitter.com/B11aunxtm6

Well, that meme explains the general attitude towards the ban.

It is true or perhaps, partially true that the third time is a charm. But, seventh time… really?

Well. It is quite cryptic.

Now that is actually true. How many times can you ban the same thing?

"You can only “ban” something once; afterwards you’re just admitting you couldn’t." –@GonzoCatalyst

Now that is a very good point.

If China could ban #bitcoin successfully, this wouldn’t be their 4th attempt in 5 years.

If #bitcoin and #crypto were not so important and powerful then China would not continually be trying to ban them! pic.twitter.com/VUCwdgws3g

That is a question we have all been asking.

People selling their #Bitcoin because of ANOTHER China ban is entirely laughable at this point. If you sell based on this, you’re ngmi pic.twitter.com/JYZuv3gdCU

If that didn’t crack you up, then I don’t have anything to say.

It seems like China is on the way to making the Bitcoin ban a routine exercise. Well, let us just hope at least the next time they think twice before banning it for the tenth time or so. Because as you and I know, everything has a limit, after which it passes the threshold and enters the meme domain, which in this case, China already has.