Twitter cancels Elon Musk AMA with employees The social media company was planning an 'ask me anything' meeting with Musk. However, now its day of rest. 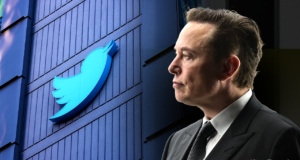 As previous reports stated, this week was intended to be a rather long one for employees of Twitter Inc. The workers were meant to rebuke the social media company for including Tesla CEO Elon Musk in its board of directors. This was set to be in a AMA with the rather infamous board member, Musk. However, as CEO Parag Agrawal announced that Musk would not join the board any longer, the meeting was reportedly canceled.

The company scheduled for an ‘ask me anything’ meeting to take place where employees could convey their concerns to the new shareholder itself. Initially, workers had come up with worries unofficially regarding Musk possibly disregarding Twitter’s growth in certain areas. These areas include controlling hate speech and misinformation, which Musk has criticised often regarding Twitter’s policies on content moderation.

Currently, Twitter employees seem to be rather happier with the AMA being cancelled. The reasons behind the Tesla CEO deciding not to join the board of director is not exactly clear. Moreover, the employees expressed their relief for not having to form any questions for the scheduled ‘ask me anything’ meeting. In fact, the time of the cancellation comes at a relatively convenient time for the workers. They are receiving the Monday off from the company as a day of rest of the month.

Visibly, there are still a range of questions regarding further possibilities now that the Tesla CEO will not join the board of directors, despite the AMA meeting being off. The step itself doesn’t comes as a surprise despite CEO Agrawal previously having announced Musk’s appointment to the board. It looks rather believable because this would have tied Musk to the code of conduct of Twitter as a member of the board. Additionally, it would have limited his stake to 14.9%.

Musk’s recent posts on the platform prove how much of a disadvantage he would have been in if he were tied to the code. His tweets since his appointment include suggestions like turning Twitter’s Headquarters in San Francisco into an homeless shelter. Along with it, his suggestions surrounding Twitter’s Blue subscription indicated his need for autonomy in this matter.

Many speculate that Musk maybe aiming to acquire more of the company, after his current 9% stake. However, he is no longer Twitter’s largest shareholder following Vanguard buying a larger stake.