It is the 28th of June, and birthday wishes are in order for the SpaceX and Tesla CEO. For a person whose single tweet creates a massive wave, it is only natural to expect that his birthday will create quite a tremor on the social media platform. Quite unsurprisingly, Twitter was filled with memes and birthday posts for the brilliant icon who has created a unique space for himself in the technological domain. 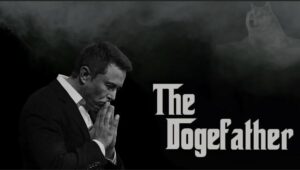 The Man With A Vision

Elon Musk is a name that is quite familiar to those in the technological domain. For a variety of reasons, the billionaire has gained more popularity than anybody else in the picture owing to his unique and eccentric personality and brilliant mind. While some of them are of the opinion that he is the real-life iron man, others are convinced(and not so convinced) about his plans to merge science fiction with reality. And since it is Musk, no possibility can be overruled. And perhaps by 2050, he will really set foot on Mars.

Musk has a huge array of followers on Twitter who are inevitably brought to the tip of their chairs, thanks to his bizarre and at times, ridiculous tweets. There are times when people find it hard to decide on what has gone into the making of his unique brain because the ideas springing from it are quite out of the world. The same goes for certain statements made by him which are on that thin line between fact and joke. One can say that Musk’s brain works in ways that are quite indecipherable to normal humans, and perhaps that is why he is who he is. After all, eccentricity is a trait of a brilliant mind.

As mentioned earlier, a single tweet by Musk has the potential to turn things upside down. And this impact is particularly felt by the cryptomarket. And there is ample reason why it is apt to call him the dogefather because it was that one tweet from musk that altered the destiny of dogecoin which was initially an internet meme. Thus it makes all the more sense why dogecoin devotees are celebrating the 50th birthday of the Tesla CEO with dogefather memes that are making their way to the trending list on Twitter.

Hilarity is a part of Musk’s unique persona. Thus the memes reflecting the same trait are absolutely apt and suitable. Here are a set of dogefather memes on Twitter, wishing Elon Musk, a very happy birthday.

#DogeFather happy birthday be sure to celebrate to the moon & back! pic.twitter.com/hFADqsn9eg

Happy birthday to the #DogeFather

We love and appreciate you!!! @elonmusk pic.twitter.com/7iVYdQuwiX

For me this is the best tweet ever 👍🏼👌🏼realy i wish for this man the best in his life Happy Birthday🎂🎂@elonmusk #DogeFather and space father too❤️🚀❤️ pic.twitter.com/uJTEIfKJUT

Happy Birthday to the @elonmusk #Dogefather

I hope you have a great day. $TSLA pic.twitter.com/7hZK2IsSed

To the real-life iron man, make me your spiderman.😀 pic.twitter.com/tVudGwbBuH