Twitter erupts in rage as DFEH files a lawsuit against Activision Blizzard for alleged sexual harassment.

Twitter users are furious at the popular game studio, Activision Blizzard as sexual harassment allegations against the company surface. The lawsuit was filed by the California Department Of Fair Employment and Housing(DFEH).  If you need an example of trending for all the wrong reasons, here you go. What has shocked and surprised people is the bitter truth that a company that is well known in its field supposedly failed miserably at ensuring a safe workspace for its employees. Before you wade into the article, here is a trigger warning. The details ahead call for one! 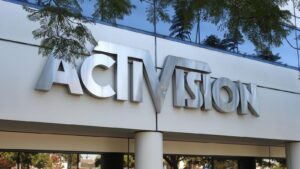 A gaming studio that is well known for popular titles like “Call of Duty” has now attained an almost indelible stain with this appalling act. The lawsuit against the corporate was filed on Tuesday with the court document alleging the company to be a “frat boy” workplace with consistent sexual harassment and as the reports go, absolutely no action against it. Distasteful and derogatory comments, groping, disrespectful behavior. Add to this mix, unequal pay and you have the recipe for how to make a workplace least safe and unwelcome for women. In a day and age where people are stressing the importance of equality, safety, and respect, a company behaving like it is still stuck in the dark ages is quite shocking. Although sexual harassment has been a long-term issue, no substantial action was taken. Women of color particularly were doubly vulnerable to this horrendous behavior from their male co-workers. This also opens a different can of worms with major consequences.

Even if the company tries to wash its hands off this dark moral and ethical stain, the fact remains that despite being in power to take action, not even a finger was moved against the detestable behavior. One must remind the company that being indifferent to injustice is as bad as the injustice itself. This also poses major questions about the treatment of women in the workplace and their safety. Most importantly it puts forth a huge question mark concerning the existence of a space where women can speak up and where they will be heard. Like the situation at hand clearly indicates, having them just in theory will not do. Although the company has assured to look into the matter following the lawsuit, the apparent delay in action makes their promise seem rather futile and feeble. Just reminding, “Justice delayed is justice denied.”

Twitter is filled with fury and rage at this terrible misconduct. Ever since the news surfaced, Activision swiftly entered the trending list as users piled up angered responses and reactions. Most of the users are of the opinion that the statement “innocent until proven guilty” will not work in the context of such a serious and sensitive allegation. Here are a few reactions from Twitter following the news.

Here is a taste of the terror the female employees have to face every single day!

The California Department of Fair Employment and Housing has filed an explosive lawsuit against Activision Blizzard for discrimination. Some of the details in the complaint are horrifying https://t.co/rKF3HlaEaY pic.twitter.com/dRuP8HPyqe

Exclamation marks aren’t enough, nor are words to express the shock one experiences after reading the horrific details!

The California state government has filed a lawsuit against Activision Blizzard for some truly horrifying work place issues, including what the lawsuit alleges as “frat” culture at work.

In my opinion as a woman, “messed-up” does not even begin to cover it!

There is some REALLY messed up stuff in here. https://t.co/Hbx82jVIYo

the Activision Blizzard article going round right now brings to light a lot of horrific stuff and should come with almost every trigger warning in the book, so PLEASE be cautious before you hit that link.

Something to keep in mind on the Activision/Blizzard suit:

It’s only the incidents they know about.

One high-level abuser was quietly shuffled out of the company without a word. I’m sure he wasn’t the only one.

We run out of words to describe the spectrum of raging emotions experienced as light falls on more issues of appalling gravity.

I thought hiring an actual war criminal as the Executive Vice President was the lowest Activision Blizzard could get, but holy shit is this disgusting. https://t.co/XgbeTvfdyI

Accountability was the one thing they miserably failed at, apart from many others.

They need to be held accountable. Even that isn’t enough.

Is this even for real?

I know at least one person personally with horror stories from their time at the company, who left due to this sort of behaviour.

I'm glad this is coming to light. It sucks to learn it's widespread, but I'm not surprised.

This explains a lot of things.

Unfortunately, for women-especially us black women-the lawsuit against Activision Blizzard isn't even remotely surprising. Welcome to our reality.

I hope those women win their lawsuit.

It is only when they stop normalizing problematic behavior, will we have even a slight chance for a well-developed society.

Oh yeah, a really important thing: this isn’t some special new thing that happened because of the Activision/Blizzard merger. This is *Blizzard* culture. Don’t give Blizzard yet another pass just because it’s fun to dunk on Bobby Kotick.

the Activision/Blizzard thing should make you angry cus this is happens in the games industry as a whole, from AAA to indie, it's just that Activision got caught

Wrapping up, it is rather hard to keep emotion apart from logic when dealing with a topic of this sort. The fact that Activision is only the tip of the iceberg is even more terrifying. And a situation that needs to be addressed without delay. Because it is not just about work culture and ethics(which are definitely important), but also about basic human consideration that has been denied. More importantly, raising a voice against issues of this sort is important so that next time something of this sort comes forth, it wouldn’t be swept under the carpet.