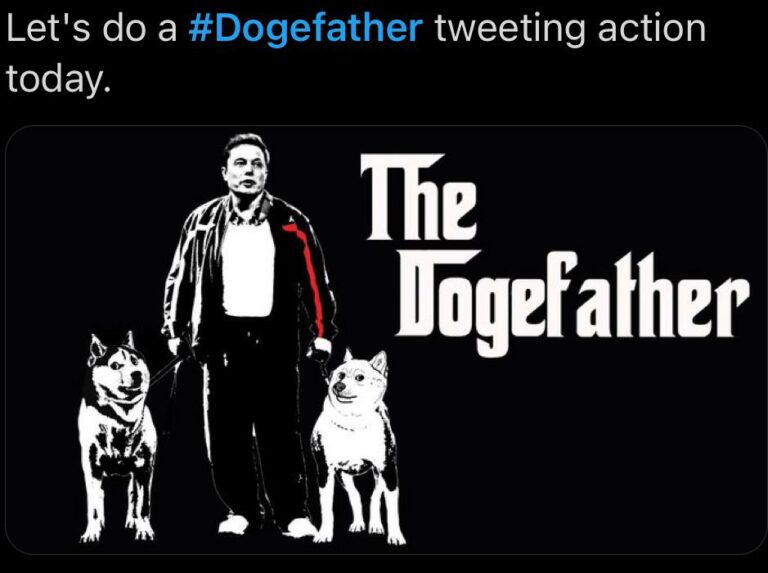 Twitter saw a flurry of DogeFather memes as Dogecoin holders decided to celebrate Father’s Day with an ingenious twist to celebrate the much-celebrated Elon Musk. Soon enough, it made to the trending list on Twitter again proving that dogecoin holders aren’t reticent when expressing their inveterate devotion to Musk. For, it cannot be denied that it was that one tweet from Musk that changed the destiny of doge for the better. 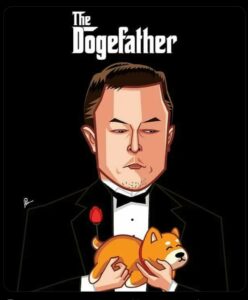 Initially an internet meme, dogecoin rose to glory with a single Tweet from the Tesla CEO who claimed the title of ‘DogeFather’ one fine morning and the rest is history. One tweet and the heat rose and Doge was no longer a mere joke, rather it had a potential that could pump out millions. Musk has a reputation for eccentric tweets that are often preposterous bordering on nonsensical, however, it cannot be denied that they do have the power to turn things upside down for the better or worse. In the case of dogecoin, it was the former. Thus it makes all the more sense that the dogecoin devotees decided to add a twist to Father’s day with DogeFather memes, for without Elon Musk and that one tweet, doge would have been just another obsolete joke.

The Dogefather
SNL May 8

Memes on the Rise

Although the present climate is not in favor of crypto, in general, owing to the drop in prices, it hasn’t stopped the memes or from them making it to the trending list on Twitter. Memes keep on rising despite the major fall in prices that has touched alarming rates during the past six days owing to the cryptocurrency crackdown in China. However, one unwritten rule every crypto enthusiast has learned or must learn in the course of time is that it is a domain with a rollercoaster of changes that can be quite unexpected and out of the blue. At times, it is a tweet from someone, while at other times it is environmental concerns that decide whether it is in for a fall or rise. Nevertheless, trust is crucial because we do not know when the waters will change.

Stepping into an uncertain domain always requires some bravado and crypto users have been proving that ever since the prices started falling. And the flurry of memes on Twitter can be counted as yet another show of power at a time when the ground is rather shaky. Here is a set of memes and responses from Twitter that reflects the enthusiasm on the part of dogecoin holders tinted with a bit of sarcasm, and occasional harmless jibes at the fall in prices.

In #DogeFather we trust pic.twitter.com/P4vbwMq95z

Happy Father's Day =) to our one n only #DogeFather @elonmusk pic.twitter.com/TyRh6PyeD5

The dog suffers from a nervous breakdown due to the collapse of the currency pic.twitter.com/MweStCzMhL

When all is said and done, the fact remains that Elon Musk does have a way around getting to the trending list on Twitter every once in a while. While it is impossible to conclude whether the memes are a show of appreciation or a sarcastic take given the current situation, the fact stands that crypto users never fail to touch the high line on memes whether the prices drop or fall.