LG patents compact dual side rollable OLED TV Electronic giant, LG has filed a patent for a small Rollable OLED TV which will be featuring a dual-sided rolling display.

LG has officially patented a revolutionary Rollable OLED TV with a rolling screen on the side. While the business has previously shown off rollable televisions, this one stands out due to its dual-sided rolling mechanism on the screen. 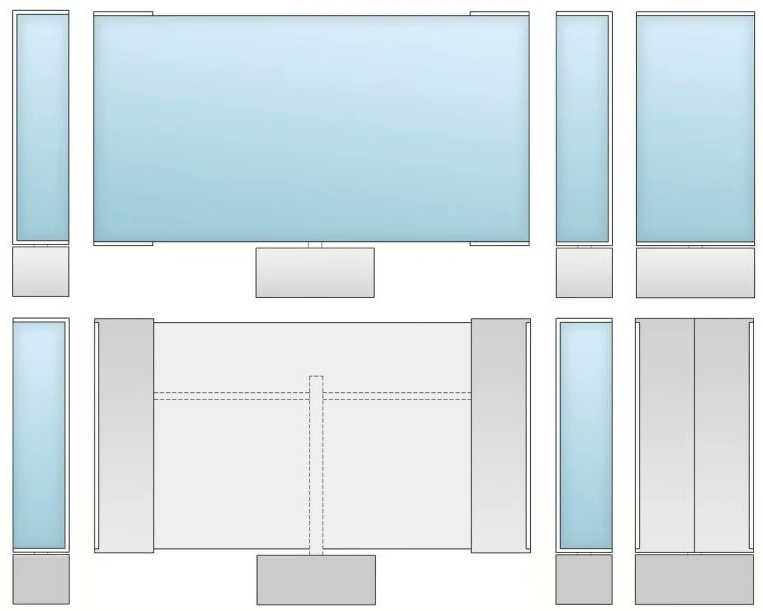 As per a report by LetsGoDigital, The Hague International Design System has granted the South Korean tech behemoth a design patent. The title of this patent was “Television with Rollable Display.” The television, when rolled up, mimics the shape of an extended speaker with rounded sides.

On either side of the gadget is a display that can be taken out. When the display is taken out from the two housing units, it unfolds.

The LG Signature OLED TV R, which has a rollable display that extends from a base, has already been shown off.

This rollable TV, however, is smaller and features a triangular shell that expands horizontally rather than vertically, unlike this type.

When looking at the design designs from the back, it’s clear that the display is supported by a T-shaped frame.

Unfortunately, further information such as the screen’s size and resolution are unclear at this time. It does look to feature a 16:9 aspect ratio and an OLED panel, though.

The unique LG Rollable OLED TV in its form resembles the TCL CSOT rollable TV, which was exhibited in October 2020.

As of now, it’s unclear if the business is truly working on such a television or is simply trying to cover all bases.

It does, however, provide us with a glimpse of a future and small rollable TV that may possibly be portable.