Twitter flares up with responses as Nokia relaunches its 6310 “brick” phone for its 20th anniversary.

Nostalgia is on point as Nokia is all set to celebrate its 20th anniversary by relaunching their classic 6310 “brick” phone which was quite a rage at the time of its release in the year 2001. After 20 long years, the old Nokia lovers can take a walk down the memory lane with this new “old” phone. According to the makers, the device will retain the iconic frame of the classic phone with its long battery life which sets it apart from the rest. 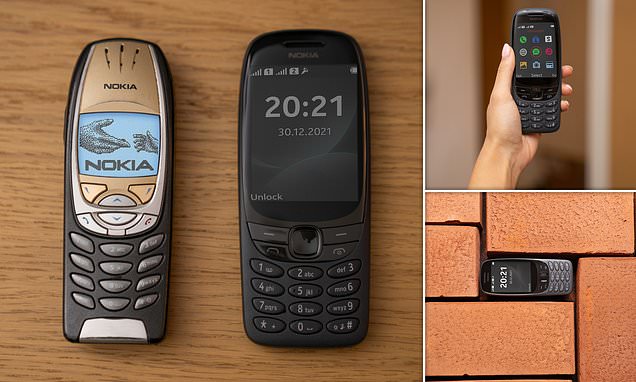 Blast From The Past

Those from the 2000s will definitely agree that it was the time when the “brick” phone was all the rage of the time with its sturdy frame that gave it its name and the trademark game, snake. And yes, for those in anticipation, they still have snake! Although the device would retain all the trademark features of the original, it will also have certain changes and additions according to the technological progress and evolution that has come forth in the last twenty years. After all, what is the point of celebrating twenty years without moving forward with change? Stagnation is the last thing you want on an anniversary celebration. The new phone will have a menu that is zoomed in and bigger buttons to facilitate easy reading. However, the battery life will be the same as the old one, lasting up to weeks. Now that is something we are all in dire need of. A battery life that lasts. iPhone better watches out for memes comparing the week-long battery life of Nokia with the weak battery life of the iPhone.

The Nokia 6310 was released back in 2001 and it took the market by storm as teenagers and other users took an instant liking to it owing to its reliability, battery life, and sturdy frame. In addition to all these classic features, the new version also boasts a wireless FM radio. Given that we are in an age and time where the future and present are thrust down on us, a nostalgic visit from the past might actually do some good. And this might be the reason why the new version might be an instant success. Because who doesn’t love a blast from the past? And in this age of touch phones, a brick phone might actually end up being the new trendsetter. The new version has all the utilities that can endear it to the user, the highlight being the game of snake which is inarguably an unforgettable memory of most of the old Nokia users.

Whether it be a blast from the past or a blast from space, Twitter will be the first to dance according to its rhythm. And quite naturally, the social media platform has been brimming with responses as users take a walk down the memory lane. And soon enough Nokia entered the trending list. Let us flip through a few reactions and responses on Twitter.

Nokia is bringing back the old school "brick phone" for it's 20th anniversary. Can't wait to have a crummy phone again!#Nokia https://t.co/tcTvOGkv80

#Nokia I mean, it's not an update/remake, it's an relaunch of the same phone.

I had one 😹 played snake on it! 😻 #nokia #nostalgia pic.twitter.com/kdGGtdRYzx

The return of the King. 👑 #Nokia https://t.co/TbciOyCCTt

The original brick phone was indestructible. I mean you could throw it against the wall and it would be just fine. My father used his until all the numbers rubbed off! 😂 #nokia #nokiabrick

Yes, was probably the last phone that actually worked 'As a Phone' & will probably sell well on that pretext. People have enough of #Iphone updates making their phones unusable after 18 months… #Nokia #ComingSoonhttps://t.co/vzMJYJmYEI

Concrete effort has made by #Nokia to turn back time … Classic is Back #Nokia6310 pic.twitter.com/0Kz3tcRh5N

It's still alive.
Wow in this Day and Age #Nokia has the guts to make an old brick style #phone. https://t.co/IuldMxDuNc