Lily Allen has denied Bitcoin in the past The worldwide cryptocurrency market capitalization now stands at $2.39 trillion, Lilly Allen may regret her decision a little more.

When Cryptocurrency was first introduced, the majority of people had never heard of it. Many people found it difficult to fathom them at first, let alone invest in them, due to their nature.

Cryptocurrencies, on the other hand, started to gain traction as their reputation grew. In the past, only engineers, developers, and entrepreneurs were willing to invest in them. But now we say many celebrities and well-known personalities investing in Cryptocurrency.

On October 14, cryptocurrency prices seemed to be in green. The worldwide cryptocurrency market capitalization now stands at $2.39 trillion, up 3.11 percent in the last 24 hours. 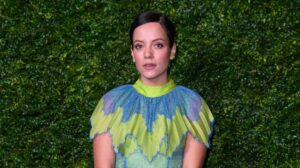 The overall crypto market volume over the last 24 hours has increased by 9.24 percent to $115.49 billion. Bitcoin has reached a price of above Rs 44 lakh, and its market share is now 46.03 percent, down 0.22 percent from the previous day. Well! this may make Lily Allen regret her decision of not accepting Bitcoins a little more

Lily Allen, a pop diva, has expressed regret for declining to accept Bitcoins as payment for a gig. “About five years ago,” the “Hard Out Here” singer was asked to perform from the comfort of her own home on the 3D chat platform Second Life. She declined the offer because the virtual currency was only worth a few cents at the time and was only used for testing purposes in online games.

Back in 2014, she tweeted about the offer: “About 5 years ago someone asked me to stream a gig live on second life for hundreds of thousands of bitcoins, “as if” I said. #idiot #idiot.” Bitcoin has grown from strength to strength in the six years since that tweet.

Since the initial Bitcoin transaction in July 2010, when two Papa John’s pizzas were purchased for 10,000 Bitcoins, the price has fluctuated, and how? Until 2011, a unit was only worth 15p.

Lily Allen is not the only one. In another reported incident James Howells, a 35-year-old IT engineer from Newport, Wales, said he threw the gadget out in 2013 when cleaning out his house. He claims he had two identical laptop hard drives and misplaced the one carrying the cryptographic “private key” required to access and spend his Bitcoins.

While Elon Musk may be the first name that springs to mind when thinking of celebrities, many in the sports and entertainment industries are becoming bitcoin enthusiasts and investors.

Snoop Dogg, the “Gin and Juice” rapper expressed interest in bitcoin in 2013. It began when he posted that he might accept bitcoin as payment for his future album. Recently in February 2021, the rapper expressed his support for digital currencies With a photo of a Shiba Inu dog, he tagged Elon Musk, which caused Bitcoin’s price to rise. 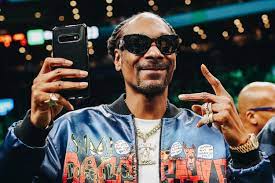 Tom Brady revealed on the SiriusXM podcast Let’s Go, which he co-hosts with sportscaster Jim Gray and future Hall-of-Famer Larry Fitzgerald, that he would love to receive a portion of his NFL paycheck in bitcoin, noting that a few players have already requested it. “I’d love to request to get paid in some crypto and, you know, to get paid in some Bitcoin or Ethereum or Solana tokens,” the 44-year-old Brady said. The list of famous personalities backing Crypto will go on and on.

However, there is a wide spectrum of support available. Some simply invest, while others support specific crypto-related enterprises, and still, others go all-in, demanding payment in Bitcoin and launching their own crypto ventures.