Twitter floods with memes as iPhone 14 takes the spotlight.

Twitter has got yet another reason to unleash the wave of memes as “iPhone 14” becomes the talk of the town. It is rather surprising given the fact that we got an actual date for the Apple event only last week. Seems like the timing is not much of an issue for Twitter nor for memes. iPhone 13 still has one foot in the realm of uncertainty and speculation and already a fresh dose of speculations concerning iPhone 14 is on the rise. Looks like this train of thought moves rather fast. And if the rumors are to be believed, as unbelievable as they sound, iPhone 14 will be the biggest redesign since iPhone X. And if your memory is on point, you will remember that this was in 2017. And the man behind the leak who kick-started the memes and speculations is Jon Prosser. Either the guy is really bored or he is actually right. Only time can tell. 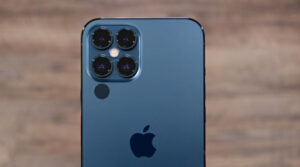 The tide of excitement surrounding the expected release is yet to subside, and we already have another dose of excitement thanks to Jon Prosser who was magnanimous enough to share with us some possible features of iPhone 14, and these were all unofficial of course. And no sooner was the rumor out that Twitter was raging with hilarious memes from users who were suddenly burdened with an information overload. And according to Prosser, there will be two striking changes in the new design that will set it apart from all the rest. It will not have the usual camera bump and notch. And this is a major highlight since these two were the major complaints about the designs since iPhone X. In order to do away with the bump, Apple might opt for a thicker phone which by default means a bigger battery which is definitely something to look forward to. However, let us not get too excited since it is way too early to peg our hopes on anything. For now, let us have some good time flipping through the memes.

my iphone 7 when the iphone 14 drops pic.twitter.com/lDIMyw8gCp

I JUST BOUGHT THIS 12 FUCK U MEAN A iPHONE 14?!??! pic.twitter.com/rPAeYUwcwJ

There is definitely gonna be some “ground-shaking.”

All iPhones after the iPhone 14 releases pic.twitter.com/P9gKRnLRHY

Iphone 14 is trending? Did we just skip 13 altogether? pic.twitter.com/I2LVg2v1Af

Are you implying that there will be some fireworks?

My iPhone 12 when the iPhone 14 comes out pic.twitter.com/a5nvulS9Z2

If that is the case, why do you even bother buying? I am genuinely curious.

Me trying to send a text on my IPhone 8+ when the iPhone 14 drops pic.twitter.com/MaqLjUhdEp

As they say, “Time and tide wait for no one.”

Tim Cook prepping for the iPhone 13 reveal in a few days just to find out people are talking about the iPhone 14 instead pic.twitter.com/nyGIbxfW3m

What to say? Some are just into classics and vintage things.

how i feel using my iphone 8 while everyone else is already onto the iphone 14 pic.twitter.com/F6dV0yclIC

Now that is a very wise decision.

wait days ago was iPhone 13. now is iPhone 14?? heck gonna stay on iPhone 7 till iPhone 26 is out. by then we'll teleport ourselves through orbiting satellites 👀 pic.twitter.com/bFMKrTX0aW

The phrase you are looking for is, “Is this supposed to be a joke?”

*Me working my ass off to finally buy the 12*, *apple coming out with iphone 14* pic.twitter.com/z7ffmR7NQq

It is high time they create a “scratching the head” emoticon. That would be of great help in situations like this.

When you just bought an iPhone 12 and people are already talking about the iPhone 14.

First, let’s see if any of those actually comes out.

everyone trying to figure out whether to buy the upcoming iPhone 13 or not after the iPhone 14 leakpic.twitter.com/wHdx9Cc5Ua