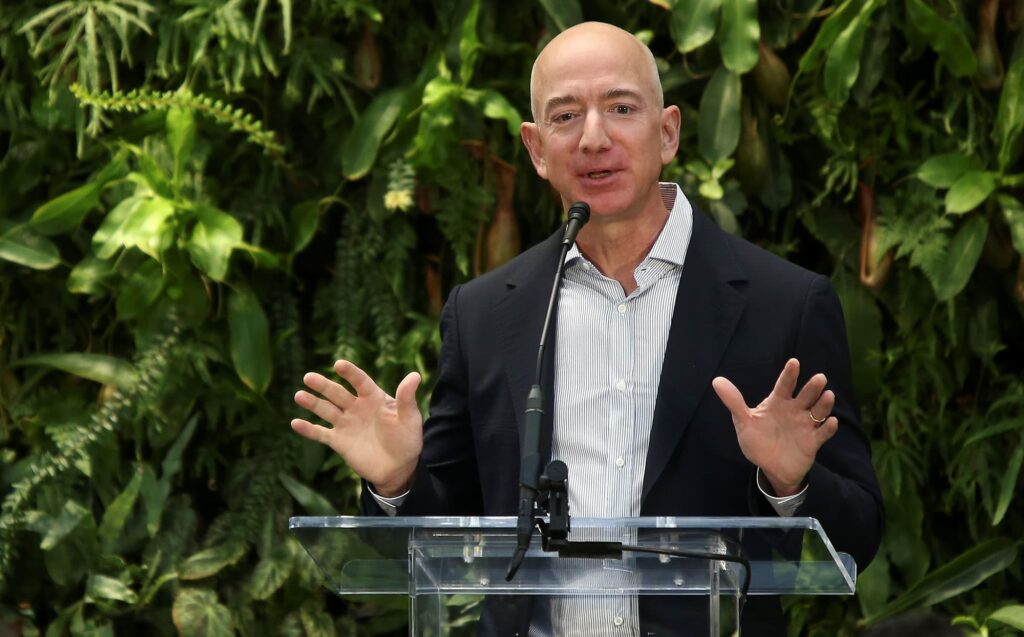 Jeff Bezos, the Amazon founder, has directed the Twitter spotlight on himself following his pledge to spend a whopping $1 billion on land and ocean conservation. The announcement made on Monday has stirred a flurry of responses and reactions on Twitter and not everything is in a positive light given the Twitter eye for skepticism. And nowadays it seems like every step Bezos’ takes is interpreted as the wrong one by a good majority of Twitterati. The announcement made on Monday is a follow-up to the commitment he made last year towards spending about $10 billion on climate change. Whether this will change the rather harsh climate faced by Bezos in general when it comes to public opinions is another question altogether.

It all began in the year 2020 when Jeff Bezos decided to take a step towards combating climate change and made an offer to spend a whopping $10 billion over the course of ten years. As noble as it sounds, some had scrunched up their eyebrows at the amount stating rather vaguely that it is not even ten percent of his net worth. Talking about net worth, Bezos was listed by Forbes as the wealthiest man on earth with a net worth of $195.1 billion. However, something is better than nothing and we must give credit where it is due. Towards the end of last year, the Amazon founder had also announced a set of donations to 16 charities focused on climate.

Given the fact that it is a need of the hour, where climate change is wreaking havoc in every part of the world, the step is something that deserves small applause. Who knows, perhaps the Bezos Earth Fund might actually make a difference, although the opinions regarding that are quite conflicted. If the fund does as it says, perhaps it will be successful indeed in protecting about 30 percent of the Earth’s land and oceans. Only time can tell. For now, we have Twitter telling a spectrum of tales.

Good Will or Good Bill?

Influential personalities taking up social causes and dispensing millions towards that end is not a new scenario. In fact, one of the key factors that a business thrives on is goodwill. Thus, Bezos working towards a social cause which indeed is the need of the hour shouldn’t be looked at with suspicion. However, given the history of bitter rifts with the Tesla CEO and the chain of lawsuits and rather petty spatter on Twitter, the good cause is shadowed by a rather dark cloud of skepticism and criticism. Although the latter is inevitable when it comes to any action taken by those in a position of power, the former seems particularly reserved for Bezos these days. While some people are appreciative of the step, others are eager to cite selfish reasons behind the move, while some are not happy with the amount given that Bezo’s is the wealthiest man on earth, as listed by Forbes. The wide array of reactions and responses on Twitter attests to the skepticism bit mentioned earlier. Let us flip through a few reactions and responses following the announcement made on Monday.

You should dial @JeffBezos @SophieMasipa he needs to hear about your ocean projects!!!

The eye of suspicion is never gonna leave Bezos.

translation: bezos will buy 1bil worth of land to conserve it for himself

Perhaps, this gentleman actually has a point there.

I don't think that is something bad, but it is less than he can actually do.

That is rather complicated math.

Hopefully every year, for like 200 years, so he will have only a couple billions left when he is, 260.. or something like that.

Maybe the scorn is directed at Forbes too.

That’s like me spending $0.05 on those efforts. Where is my @Forbes article?

Well, perhaps some might actually ask the question of whether you spend that penny. And that makes all the difference. Now apply that to the situation at hand and just maybe we might be able to spot a silver lining.

That’s like me spending a penny out of every two dollars I’m worth.

Batman? Why not Iron man?

Well, it seems like nobody is in the mood to appreciate.

He’s doing that shit to cover up shit .. we ain’t dumb no charges yet means fat payments to somebody with power let 1 go out the front door 20 comes in through back door

How about we tax him and decide what to spend it on instead of begging for donations? 🤦🏽‍♂️

Am I the only one thinking about the amount I saw in my change drawer the last time I checked.

He just needs to grab the $1B from the change jar on his dresser.

Let us just hope that it is not sarcasm.

Alright, let us wrap up with a rather foreboding thought.

If this was a charitable act, you surely don’t see this everyday. Although knowing this guy, I could also see this money as future leverage to monopolize our ecosystem in some way