Twitter has permanently blocked the prominent news aggregation service Politics For All, demonstrating how the social media network may deprive news organizations of their audience without warning. 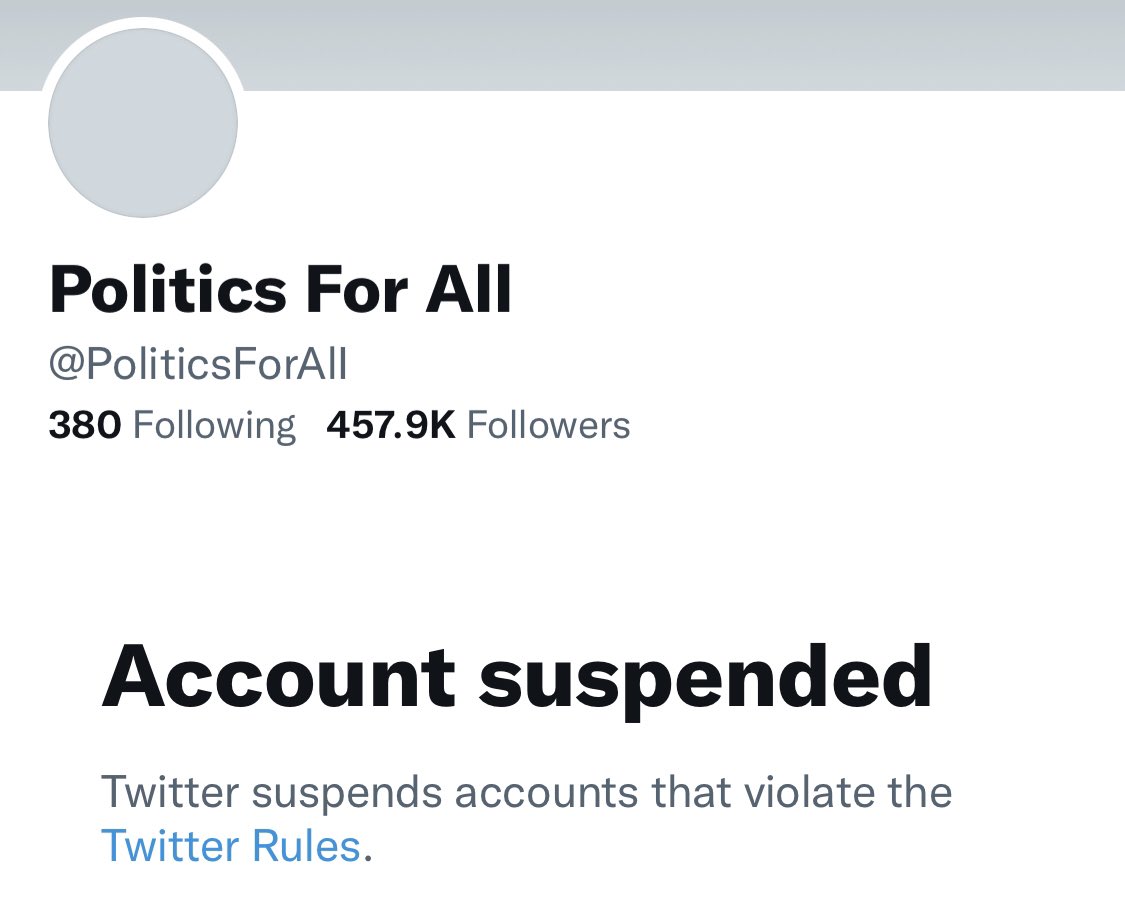 Politics for All, which was started by Nick Moar when he was 19 years old, has grown dramatically in the last year by aggressively accumulating news pieces published and reported by major channels. Hundreds of thousands of followers, including MPs and government ministers, flocked to its prediction of what would go viral on Twitter. The account, on the other hand, was accused of manipulating stories by focusing on details that would go viral. Mainstream journalists also complained that its emoji-heavy breaking news posts often received more social media shares than those from the news organizations that actually reported the stories.

Despite this, the account’s large following allowed it to quickly interrupt political news cycles by publicizing stories that would otherwise go unnoticed. It also gained a somewhat mainstream following, with former Manchester United footballer Gary Neville among those appealing for the account’s reinstatement.

Moar, who was hired by the Spectator to oversee its social media accounts last year, declined to comment on Politics For All’s demise. Many more accounts he established under the For All banner, which he ran with the help of a team of young employees, have also been permanently suspended.

“The fact that Twitter will let the Taliban on their platform but not a simple news aggregator is rather significant,” one person at Politics for All stated. This decision will be appealed.”

However, it is unclear how the aggregator may challenge the indefinite ban, which resembles the treatment given to former US President Donald Trump. The ban is permanent, according to Twitter, and users who “artificially amplify or suppress content or participate in behavior that manipulates or disturbs people’s experience” are subject to its platform manipulation guidelines. The particular behavior that led to the banning of Politics for All is unknown.

Twitter’s decision to shut down a popular news aggregation service may draw political attention. Under the upcoming internet harms law, social media sites will be regulated by Ofcom, with mainstream journalism outlets working hard to ensure their access to viewers is safeguarded.