As everyone becomes a news expert, and as misinformation spreads like wildfire over social media, Twitter has been revealed to be working on a set of three different levels of warning labels for tagging misinformation.

“Get the latest”; “Stay Informed”; and “Misinformation”

Renowned researcher Jane Manchun Wong was the first to put the news forward, through a screenshot which shows three different warning tags that are being developed by the social media giant to identify misinformation. The labels which are being designed are “Get the latest”, “Stay Informed”, and “Misinformation”, and can be used to tag posts and content differentially, based on how relevant and correct they are. 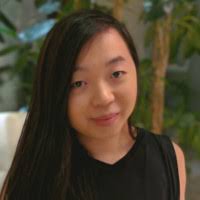 The move was then confirmed by Yoel Roth, who is Twitter’s Head of Site Integrity, adding that the current labels are, as of now, “early experiments” for the new design treatments for similar labels.

The content of the tweet will guide which warning tag will be attached to it, as per Wong’s Twitter post. The “Stay Informed” tag, for instance, will be attached to let users learn more about a particular concept, should a post hint towards said concept, or be affected by it.

Take Wong’s own tweet for example, where she posted, “In 12 hours, darkness will ascend in parts of the world. Stay tuned”. In response to this, the platform attached a “Stay Informed” tag to her tweet, so as to help users learn more about timezones.

Similarly, in another tweet, she posted, “Snorted 60 grams of dihydrogen monoxide and I’m not feeling so well now”. This time around, Twitter opted for the “Get the latest” tag, along with additional information about dihydrogen monoxide (which is water, by the way). Finally, Wong also tested the “Misinformation” label, by posting, “We eat. Turtles eat. Therefore we are turles”. The algorithm red-flagged her post with the label, adding additional information about “logical fallacies”.

Use Blue to Remove the Blue Bird

Meanwhile, the company is apparently also working on a paid subscription, “Blue”. This will allow users to change the app’s icon (say “bye” to the blue bird?), and even undo tweets (something that has been a dream for users till now).