Elon Musk recently made news with his virtual live on Mobile World CongreSS(MWC) 2021. In the live, Musk divulged details about his space satellite venture, Starlink which is expected to make a global impact by August 2021. The Tesla and SpaceX CEO has monumental expectations about the latest venture. It is expected that Starlink will have a customer base that exceeds 500,000 in the course of one year.

Starlink is basically a branch of SpaceX, an amalgamation of the company’s growing network of orbital satellites. The very first Starlink mission took place in January 2021 with the successful launch of 60 satellites into orbit. The network marked its beginning in 2015, with rigorous development put in to improve the same, and in the following years, SpaceX has been successful in deploying over 1000 Starlink satellites into orbits. By May 206, this number has touched 1737 which is a rather commendable step for the company. 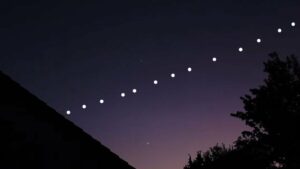 The company in February had revealed that it serves a total of 10,000 customers, and they are planning to expand the customer base to a global level very soon. It is expected that Starlink will taste success in providing high-speed internet services across the world. The MWC live opened door to a number of details concerning the expected activities and scope of the company and Musk seemed pretty confident about the whole deal. In all honesty, when has Musk ever been not confident.

As brilliant as the project seems, it has its share of controversies and downsides. Particularly, the company might lock horns with the scientific community which has voiced its concerns about the impact of the satellites on night sky visibility. There are a good number of hurdles on the way which can slow down this venture, however, let’s see if the hurdles will slow down Musk or do the contrary and boost his determination to make the impossible, possible.

Not so surprisingly, Twitter saw a flurry of reactions and responses following the life. After all, Musk does know how to move an audience. We are talking about the man whose one tweet can change the beat of the markets. Obviously, a live session would make for more lively responses. Musk’s expectations about Starlink touching the stars did brew a storm of excitement among the netizens which is well reflected in the responses and reactions, at times tinged with a tiny bit of sarcasm as is customary. Here is a string of reactions and responses from Twitter following the live.

Elon Musk counts on 500,000 Starlink users within the next year https://t.co/7qNARC6pDM pic.twitter.com/uNhyzPD9bK

Highlight's from Elon Musk's MWC keynote so far:
– Starlink has 69,420+ (ha) active users. Expecting 500K+ in 12 months
– Terminals cost $1K but sell for $500. Working on a cheaper "next generation" terminal
– Will attempt orbital Starship launch within the next few launches

Clearly, not everybody is impressed.

İt is time to demand $23 federal minimum wage when Elon Musk has $30 billion to spend just for a project.

We have a better project: Revolution

And some are going through passive aggression channeled in the form of sarcasm.

me when i find elon musk pic.twitter.com/b1nyFvpNG8

Let’s just say a tweet can go a long way. And nowadays the name ‘Elon Musk’ creates tremors. You cannot blame people for that after all.

When I receive notification of
*Elon Musk tweeted* pic.twitter.com/UyN1uS5fMf

Talk about solid and set priorities. It definitely cannot get any more real than this.