A couple months ago, Twitter had announced that it was re-starting its application process for account verification, which would let users who fulfill certain requirements, apply for getting a coveted blue tick on their account. But since its return, the feature has been in the news for all the wrong reasons. And now, it seems that Twitter is temporarily halting its verification programme’s expansion, so as to tweak the application and review process.

A tweet made by the social media giant’s official account informs users that it has “temporarily hit pause” on expanding the process, so that improvements can be made. It further adds that though the firm knows that many may be disappointed by the news, the team wants to “get things right.”

Just a little while ago, the platform had admitted that it had run into some trouble with its verification application, after it was revealed that some fake accounts had been verified by mistake. Twitter had said that the accounts were “spam accounts,” and were most likely bots which had been verified even though they did not meet the requirements for verification, since they had been in action for just a few days before they were verified (instead of being functional for at least six months as specified in the guidelines).

The accounts were first discovered by Conspirador Norteño, who had tweeted that six accounts, all of which had been created on June 16, and had zero posts, had been verified.

Pending Applications Will be Reviewed

Following the announcement, Twitter’s Product Lead Kayvon Beykpour has clarified that the application process per say has not been paused, and instead, only the expansion to a greater number of users has been halted. The pause has been imposed until Twitter better equips itself to handle the increased scale. At the same time, those users who already have access to the feature will still be able to submit their applications for the same. Pending applications for verification will also continue to be reviewed. 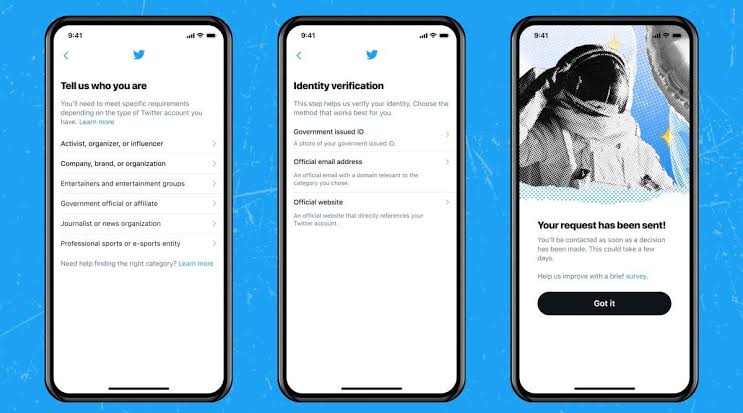