According to billionaire CEO Jack Dorsey, any Twitter user can hold a Bitcoin wallet, thanks to the lightning network. Making that prospect a reality, on the other hand, would increase Bitcoin acceptability. 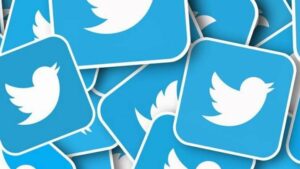 It Is Not Acceptable to Store NFT on Twitter.

Despite the fact that the Twitter founder suggested it, he gave no hint of a plan to make it a reality. Nonetheless, the crypto industry is already enthused about it, especially given Dorsey’s increased involvement in the bitcoin market through Square Inc.

While Dorsey continues to tout the virtues of cryptocurrencies, referring to them as “the internet’s money,” he has failed to put his words into action. Apart from this, the company has stated that it intends to offer further crypto-related services.

The Twitter creator angered ‘Ethereumists’ earlier today when he tweeted a screenshot illustrating why some Bitcoinists believe that the currency is worthless.

Bitcoin has never hidden his enthusiasm for the king coin, and he recently hosted a Bitcoin-related event to offer thoughts on how to advance the king coin forward. He even invited Elon Musk, Bitcoin’s toughest critic at the moment, to the event to talk with him.

In just over a year, Square has put up a strong showing.

Square’s earnings reports, particularly those from this year, demonstrate that Bitcoin-related services account for the majority of the company’s revenue. One of the key inspirations behind Dorsey’s square startup building hardware wallets is his notion that everybody can hold Bitcoin.

Square wants to make this hardware wallet extremely safe, accessible, and available to everyone. The Cashapp founders also said that they are working on a new DeFi marketplace, but no timetable has been provided. The company’s user base and the ease with which its Cashapp can be used is enough to propel the platform’s growth and popularity.

Another investment firm has proposed a Bitcoin ETF.

The acquisitions, however, will be handled via Valkyrie’s Cayman Islands subsidiary . It should be mentioned that the asset management firm has previously applied to the Securities and Exchange Commission for permission to launch a spot Bitcoin ETF. The SEC Chief Gary Gensler’s recent comments about the regulator approving a Bitcoin ETF proposal would have prompted Valkyrie’s Bitcoin ETF proposal..