U.S. Congressman: Criminals are most likely to use cash–not crypto

Congressman Tom Emmer has reacted to remarks made by the president of the Federal Reserve Bank of Minneapolis that bitcoin and cryptocurrency have no other use case than to fund illegal activities. According to him, most crimes are committed with money you print.

Rep. Tom Emmer reminded Neel Kashkari, president of the Federal Reserve Bank of Minneapolis, on Thursday that he is wrong about crypto being used mostly for illegal operations. Kashkari, a critic of cryptocurrencies, stated this week at the Pacific Northwest Economic Regional Annual Summit in Big Sky, Montana, that cryptocurrencies are “95 percent fraud, hype, noise, and confusion.” 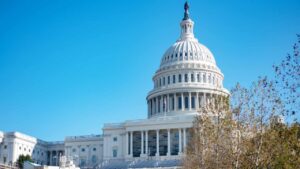 According to him, the only use case has been to sponsor illicit activities like drugs and prostitution. In response to Kashkari’s remarks, Emmer tweeted on Thursday that cryptocurrency-related crime would account for only 0.34 percent of total transaction volume in 2020. Regrettably, the majority of crime is still committed with the money you print.

Early this year, the blockchain data company Chainalysis released a report claiming that “cryptocurrency-related crime decreased dramatically in 2020.” “In 2020, the illegal proportion of all bitcoin activity plummeted to only 0.34 percent or $10.0 billion in transaction volume,” the firm reported.

Despite this, many high-ranking officials continue to assert that crypto is mostly utilized for illegal purposes. “Cryptocurrencies are a particular concern,” US Treasury Secretary Janet Yellen said earlier this year, adding that “many are used, at least in a transactional sense, primarily for criminal financing.” Christine Lagarde, the president of the European Central Bank (ECB), agreed, saying bitcoin had engaged in “some funny business” and “absolutely disgusting money-laundering behavior.”

Many others, like Rep. Emmer, have attempted to correct the record by stating that the majority of crime is committed using fiat monies rather than cryptocurrencies. Daniel Lacalle, a well-known economist and fund manager of Tressis Gestion, is one of them. The vast majority of international money laundering takes place in fiat currencies, primarily in U.S. dollars and euros, he said, calling Lagarde’s statement “outrageous.”

Mohamed El-Erian, an adviser to Allianz and Gramercy Funds Management, called on governments to “stop dismissing the crypto revolution as some mix of criminal payment systems and reckless financial speculation” earlier this month.

When do you think Kashkari will cease claiming that cryptocurrency is only useful for funding illegal activities? Please share your thoughts in the comments box below.