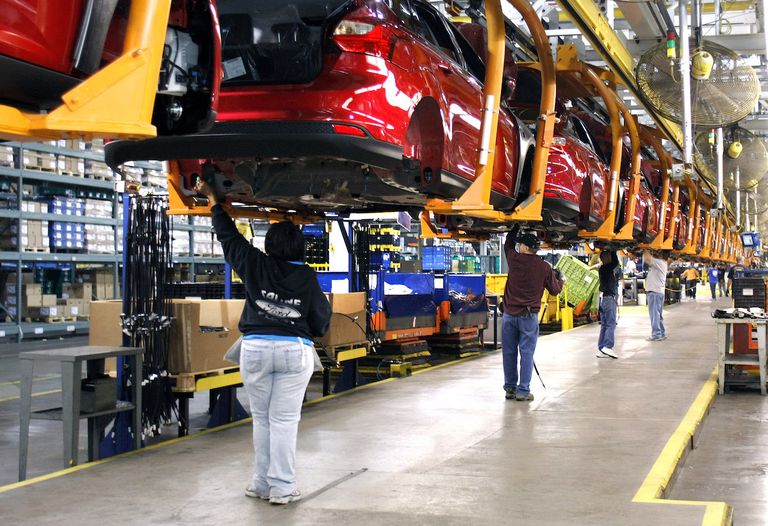 Shift to electric vehicles is not just changing the vehicle running mechanism. But the push towards autonomous systems and advancement of vehicles with technology is moving forward alongside. Automakers all over the world are changing their manufacturing plant or building new plants for their electric line-up. It is reported that robots and other manufacturing equipment in the US reflect recovery. Post-COVID new orders surged to a total value of $506 million in June.

Comparing to the $361.8 million orders value last year, there is a drastic change in 2021. Which led to an increase in the investment of the factory machinery making to over $37 billion in the US from 2019 to 2025. Among which 15-17 automobile plants are either constructed or under construction. 77% of the investment is for the EV sector or SUVs. EV industry known to be propelled by Tesla Motors is also shifting towards the automation industry.

A spokesman for Durr AG DUEG.DE, Mathias Christen said, “There’s still a pipeline with projects from new EV manufacturers.” Then added that they observed that EV businesses surged about 65% last year. Durr AG DUEG.DE specializes in paint shop equipment. Said, “This is why we don’t see the peak yet.”

A manufacturing automation company Kuka AG is owned by China’s Midea Group. Their orders are known to have grown by 52% in the first half of 2021. Evaluated to be $2.23 billion it is the second-highest 6-month period in the history of company sales. This increase is a result of strong demand from North America and Asia.

CEO of Kuka’s KU2G.DE auto group in the Americas,  Mike LaRose said, “We ran out of capacity for any additional work about a year and a half ago. Everyone’s so busy, there’s no floor space.”

Dueweke said, “We built a facility and have like 5,000 robots on shelves stacked 200 feet high, almost as far as the eye can see,”

Increase in demand from automakers

COVID has caused major delays and other issues in the processes. However, the demand is increased this year. In a letter to customers last month, R.J. Scaringe, CEO of EV startup Rivian said that “everything from facility construction to equipment installation, to vehicle component supply (especially semiconductors) has been impacted by the pandemic.”

Startups face more difficulties, unlike traditionally equipped companies like GM or Ford. General Motors and contract manufacturer Magna International MG.TO say that they haven’t got any delays with the delivery of equipment. It could be because they already have contacts and alliances all over the world.